CEVA set to refinance its debts with a $400m private offering 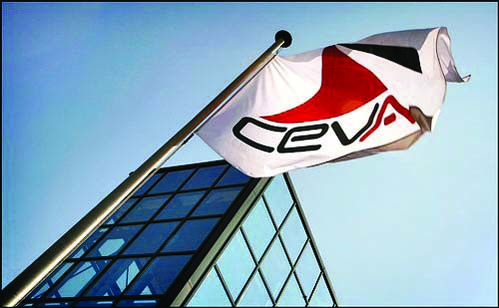 CEVA Logistics is set to go to the markets with a proposed $400m private offering to refinance its existing debt facilities and may seek a further $35Om "at a later stage".
The Switzerland-based supply chain company also plans to enter into a new $600m Senior Revolving Credit and Ancillary Facility (RCF) due 2023 and has received commitments from its new banking group to this extent.
CEVA, which in early May this year launched an initial public offering (IPO) on the Swiss stock exchange, said in a statement that the objective of the secured term loan was to achieve "lower interest rates, longer maturities and enhanced liquidity to pursue its strategy".
It added: "The company expects to use the net proceeds from the refinancing, together with available cash, to fully repay its existing senior secured credit facilities as well as for general corporate purposes.
"It intends to repay all the outstanding approximately $580m aggregate principal amount of its term loans due 2021, to make a tender offer to repurchase for cash and/or redeem all of the outstanding approximately $438m aggregate principal amount of its 9% first lien senior secured notes due 2020 as well as to cancel certain local loans and overdrafts. There can be no assurance that the refinancing will be completed."
CEVA received rating upgrades from S&P Global Ratings and Moody’s Investors Service in May 2018 following the deleveraging from the IPO and improved operating performance. S&P’s long-term issuer rating now stands at BB- with positive outlook, whilst Moody’s has assigned a corporate rating of B1 stable.
Assuming a successful completion of the refinancing, CEVA expects to "substantially lower its annual interest expense through the deleveraging and the refinancing".
It added: "An additional offering of debt, including by way of senior secured notes, contemplated in Euro and in an amount of approximately $350m, might follow at a later stage."
The company said that it is "committed to further deleveraging with a target of 1.5x-2.0x net debt/adjusted EBITDA in the medium-term".
Credit Suisse and HSBC are acting as Joint Global Coordinators across the refinancing.