CEVA to launch China–Europe trucking service to compete with airfreight 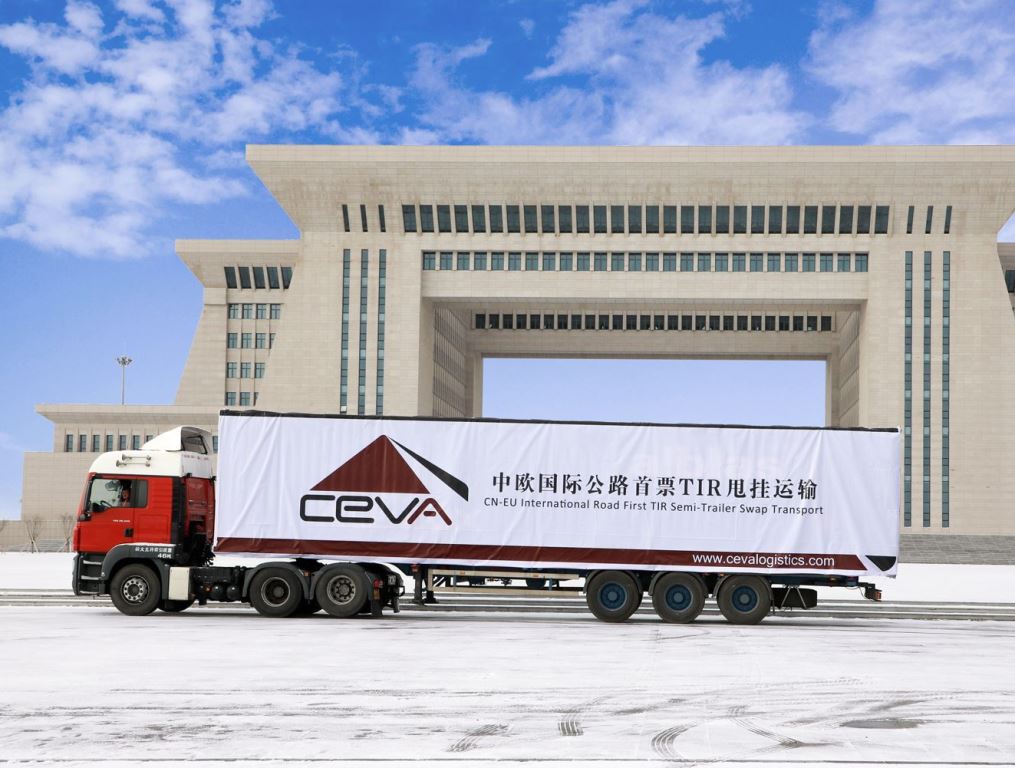 CEVA Logistics Greater China is preparing to launch truck services between China and Europe, claiming they are cheaper than airfreight and faster than rail.
The first trial of the service, which has become possible since the international customs transit system, TIR, became active for the People’s Republic of China last May, left Khorgos in the far west of China on 13 November, travelling via Kazakhstan to reach Poland on 24 November.
The 7,000 km trial was operated as a joint initiative between CEVA Logistics, the IRU (International Road Transportation Union) and CEVA’s partners Jet-rail International Transportation in Shanghai and Alblas International Logistics in the Netherlands.
The companies claim the new road service will deliver a cost saving of about 50% compared to air options. With a lead time door-to-door of between 10 and 15 days, it will be 30-50% faster than rail.
Torben Bengtsson, Executive Vice President of CEVA Logistics Greater China, said China’s participation in the TIR (Transports Internationaux Routiers) system – as part of the Road & Belt initiative – prompted it to investigate the possibility and feasibility of road transportation from China to Europe in order to find an alternative to the “escalating airfreight market”.
He says: “The trial proves that the TIR carnet issued in China is accepted in the transit countries en-route to Europe. The Government, IRU, Research Institute of Highway Ministry of Transport (RIOH) and many other parties worked together to remove barriers and uncertainties.
"As a result we foresee a great future for road transportation from China to Europe. We have a lot of customers waiting for the start of a regular service. During the coming weeks we will work on some small details of the service and then prepare to start regular operations as early as possible in 2019.”
Umberto de Pretto, IRU Secretary General, said: “This first TIR journey by road from China to Europe is a win-win-win model for business, trade and governments and will be a game changer for cross border transportation in China. It shows that the system is secure and also highly competitive in terms of cost and time relative to other modes of transport on similar routes.
“It will boost trade between China and Europe, which will help China and the countries along the Belt & Road route to reap the economic and development rewards of international road transport. It is also a wakeup call to European hauliers who can seize the opportunity to benefit from round trip operations.”