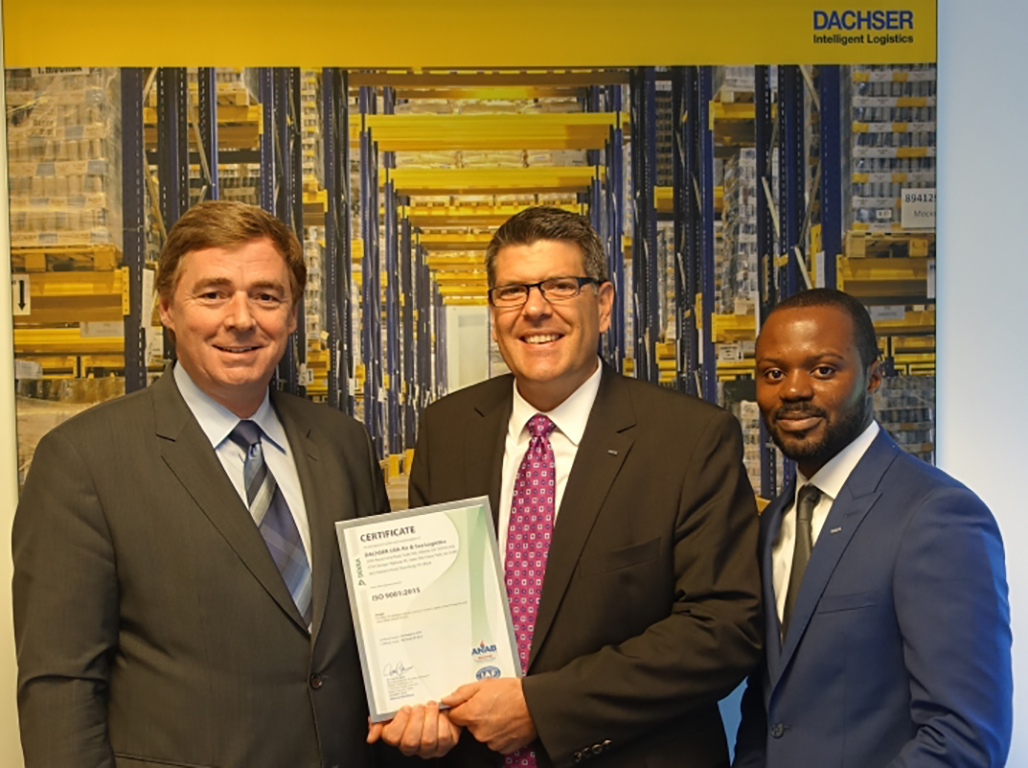 Atlanta-headquartered multimodal transportation service provider Dachser USA has gained ISO 9001:2015 certification for the second year in a row.
In other news from the German-owned logistics firm, recently appointed general manager of the South Central region, Erion Hormoviti, is to head up the company’s newly expanded office in Dallas, Texas as well as its Houston branch.
Frank Guenzerodt, president and CEO of Dachser USA, remarked: “In 2017 and beyond, Dachser plans to continue expansion in different areas of the US.”