Damco brand to be axed as part of re-organisation 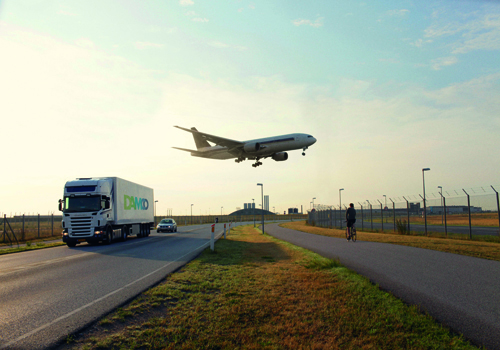 Damco parent AP Moller Maersk has announced that it will integrate the forwarder into its own logistics business.

The shipping giant said that as a result, the Damco brand will disappear from the market by the end of 2020.

The move will see Damco’s air and less than container load (LCL) offering combined with Maersk’s logistics and services products to “complement its end-to-end offering,” the company said.

Also, a global Ocean & Logistics organisation is being introduced.

In addition, one of its shipping line brands, Safmarine, is being rolled into the parent company.

Danish publication Borsen suggests 2,300 jobs will go at Damco and 1,100 at Safmarine.

“Since focusing purely on freight forwarding in 2018, Damco has demonstrated significant value to customers in the air and ocean LCL space,” the shipping company said.

“During this time, it has become apparent through close customer engagements that the value proposition of Maersk can be greatly enhanced with the expansion of multiple modes of transport.

“The integration of Air and LCL into Maersk will help meet these needs and give businesses access to a simplified, connected and agile experience under the Maersk brand, as well as to its scale.”

Vincent Clerc, chief executive of ocean and logistics, AP Moller Maersk added: “Businesses need Air and LCL products to connect their supply chains and with these offerings firmly placed in our global integrated portfolio, we aim to serve our businesses better and more efficiently across their supply chains.

“Our colleagues at Damco have delivered a remarkable effort under challenging market conditions, serving customers through focus, discipline and expertise which will now be a strong asset for our customers in Maersk.”

In response to the news, Transport Intelligence practice leader Thomas Cullen said: “This appears to mean that airfreight forwarding and less than container load business will only be offered to customers of the wider shipping business which is being renamed ocean and logistics.

“AP Moller Maersk is sharpening its focus and withdrawing from at least one area of business, namely freight forwarding.”

Damco’s history stretches back to 1905 when CWH van Dam purchased a barge boat to transport goods between Germany and Rotterdam along the river Rhine.

In 1918, Rijnvaart Maatschappij Damco emerged out of CWH van Dam & Co, which in 1988 became part of the Dutch Royal Nedlloyd Group and was renamed Damco Maritime.

In 1996 Nedlloyd merged with the British P&O Containers Ltd to become P&O Nedlloyd. To reflect the growing emphasis on the development of airfreight within P&O Nedlloyd, Damco Maritime was rebranded Damco Sea & Air.

In 2005 Damco Sea & Air became part of the A.P. Møller Mærsk Group with their acquisition of P&O Nedlloyd and was combined with the other freight forwarding operations of Mærsk Logistics under the brand name Damco. Four years later the entire logistics business unit was rebranded under the single brand name Damco.