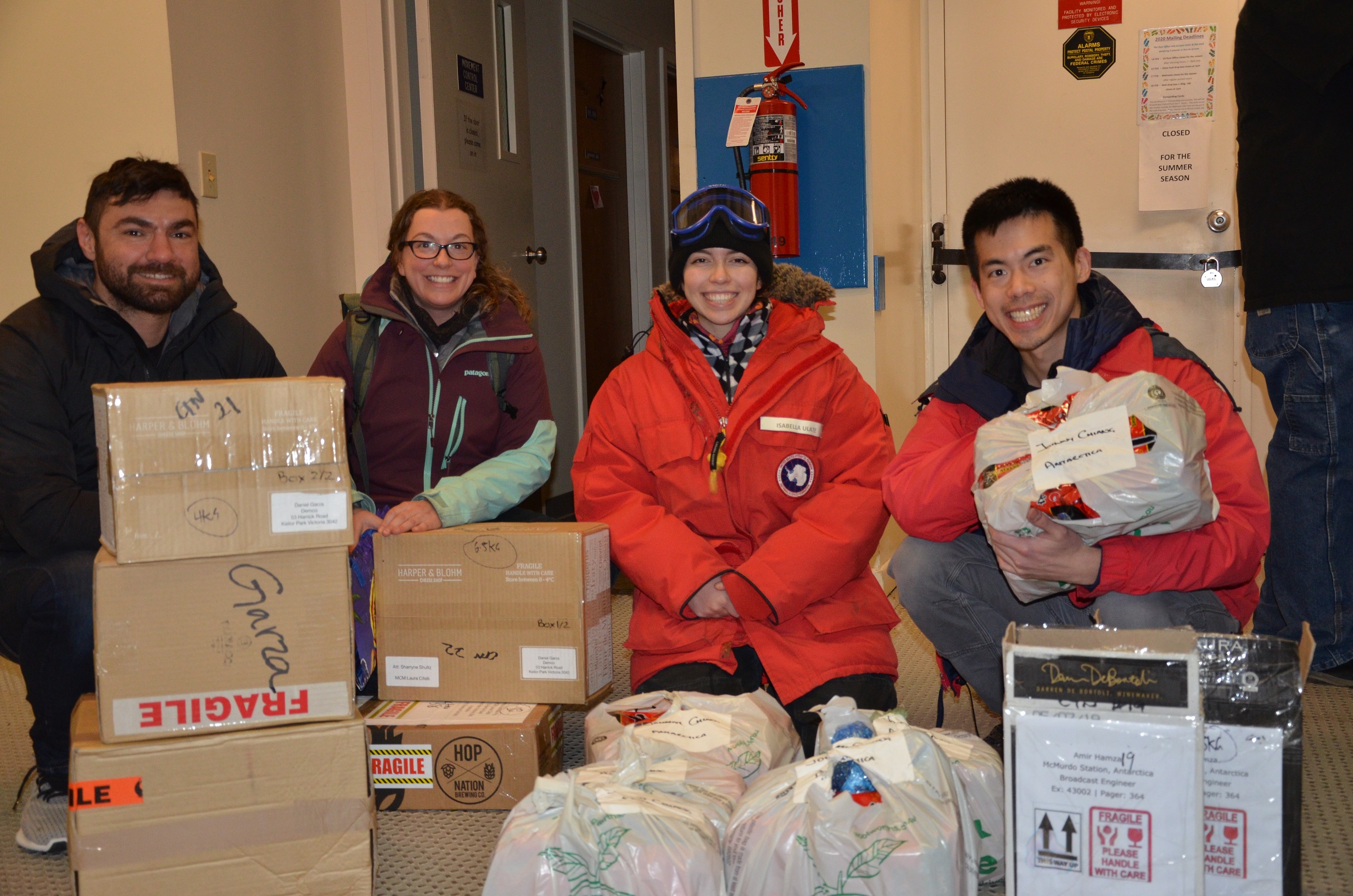 DAMCO has helped to deliver over 120 parcels containing gifts and personal items to US Antarctic Program personnel spending extra months in Antarctica because of the Covid-19 pandemic.

Chocolate bars, DVDs, contact lenses, and gifts from family were just some of the deliveries to reach the National Science Foundation-managed McMurdo Station, travelling on a chartered A319 with a consignment of scientific equipment for the research facility.

The scientific equipment initially travelled from Los Angeles, USA, to Melbourne, Australia, where it was loaded along with the personal packages on the charter flight to Hobart, Tasmania, to pick up further items before flying seven and a half hours to McMurdo.

DAMCO’s Australia team retrieved packages from multiple post offices to consolidate them for the flight, and in some cases personally shopping for hard-to-find items on the Antarctic team’s wish lists.

Weather at McMurdo Station determines when flights can land and the DAMCO team had only 48 hours’ notice of the flight departure.

“In a time with a lot of negatives it was great to see our team members work together and rise to the occasion when we received this special request from the McMurdo team,” said Alex Paton, district head of airfreight ANZ, DAMCO.

“We have been transporting samples and equipment for the station for a number of years, but this is the first time we have helped deliver personal items.”

Many of the personnel had been due to leave McMurdo after completing their austral summer contract, but travel is now restricted because of the Covid-19 pandemic and they will be spending the austral winter in Antarctica.