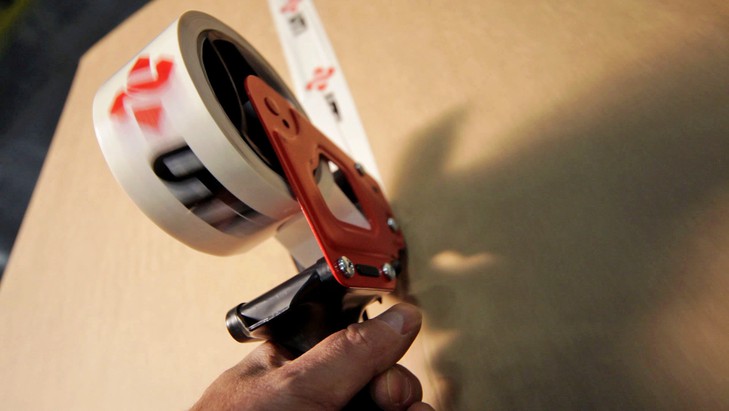 DATA analytics were a key factor behind UTi’s introduction of Asian multimodal hubs in Kuala Lumpur and Ho Chi Minh City to service its gateways in Europe and the US.
The Asian consolidation hubs provide faster, more reliable transits for goods and take advantage of excess, short haul air capacity while also benefiting from established road feeder routes, said DSV takeover target UTi.
Mudasar Mohamed, UTi’s managing director for Singapore and Malaysia, said that the choice of hub was determined by analysis of shipper location and the forwarder’s operational capabilities.
“We undertook a network optimisation study. We looked at our clients’ footprints, where they are located and where their factories are etc, and then we overlaid that with our operating capabilities and locations.”
The end result of the study was that UTi needed to create two hubs, one in and around Singapore/Malaysia and one to the south of Vietnam.
UTI could have gone with either Kuala Lumpur or Singapore but the higher operating environment at Singapore compared with the lower cost in neighbouring Malaysia drove the decision.
In terms of Vietnam, where UTi has seen a huge growth in export traffic across a range of goods, the forwarder could have located a hub at either Hanoi or Ho Chi Minh City, but went for the latter because of client location and its connectivity to Phnom Penh in Cambodia, allowing it to consolidate demand in one place.
But demand had also to be married with air cargo supply, added Mudasar Mohamed: “We also factored in capacity and looked at what [air] carriers are operating in these locations and what kind of capacity they have, what are the routing options and what are our strategic alliances with those carriers.
“I cannot mention them by name, but we are tied up with certain carriers in block space agreements (BSAs) and other good stuff like that.”
As a result, UTi is less prone to the whims of the airlines cancelling flights and the BSAs give clients “additional peace of mind that their cargo will go on priority”.
While “static air cargo capacity” in Asia was a factor in the decision, it was not the main one for UTi establishing the hubs, said Mudasar Mohamed, adding: “The primary driver was to be innovative in a very competitive industry.”
He continued: “In south east Asia there has been a reduction in freighter options in the market, unlike in the US and Europe where they have a lot of main deck choice.”
The development of the ASEAN Economic Community, which is built along the lines of the European Union trading bloc, is beginning to take shape and UTi has seen more and more customers shift away from air to road freight, especially for shorter haul journeys.
Mudasar Mohamed cites the example of sending goods from Singapore to Kuala Lumpur: “You could airfreight it, with a flying time of around an hour, but you still need to have the cargo ready and to go through customs clearance, and then at destination it has got to be cleared and delivered.
“So, the end to end lead time for using road freight is often faster and also cheaper. It all depends on the routes, but most people are doing it for cost.”
There are multiple reasons behind the switch in modal choice, said Mudasar Mohamed: “We are seeing people move to trucking from Singapore all the way to Shanghai, for example, with trucking becoming a preferred option to the south of China.”
There has also been a shift in mode to oceanfreight from air, but this is driven entirely by cost because of the vast difference in transit times.
The rapid growth in local south east Asian exports and the pressure this puts upon airfreight logistics are contributory factors in any switch in modal choice, said Mudasar Mohamed.
“South east Asia has its owns challenges when it comes to production, planning and processes, as opposed to developed economies that have mature operating practices.
“South east Asia does not always have coordinated activities across receiving, clearing and handing over freight to the carrier and doing it in a planned manner.
“Often the freight is booked just when the logistics team have got clearance and they hand it over to the 3PL and many not have many options for the uplift.
“It could be to do with a capacity issue, a peak season, so we found that freight could be sitting on the dock for three to four days before the 3PL found the next connection.”
The emergence of tourism in south east Asia has seen a massive increase in short haul belly capacity, both in narrow and wide body aircraft, something that UTi is using more and more, especially for the two new hubs in Kuala Lumpur and Ho Chi Minh City.
The decision between using air and road freight is a trade off between cost and time, said Mudasar Mohamed: “We would tend to use road freight where we can. For freight going from Singapore to Kuala Lumpur it’s a no-brainer to utilise overnight trucking, but if the freight is urgent then we would use belly.”
What is the gain for shippers in using the two new UTi regional hubs?
Said Mudasar Mohamed: “It has a positive impact on three fronts: cost, quality and transit time. From a cost perspective there is a consistency of flows and better management of freight for the planning team.
“We are able to lower the cost of our operations compared to some of the higher cost, capacity constrained markets, and we have purchasing power in buying freight and we are able to pass on some of those benefits to our clients.
“Quality, because we have watertight operations, so we can perform advanced planning and because most of this cargo is palletised and not loose, so the handling at origin, transhipment and destination is a lot easier.”