The Germany-headquartered freighter forwarder recorded a 7.8% decline in airfreight volumes last year to 1.1m tonnes, while ocean demand was down 10.5% to just over 2m teu.

The company didn’t provide too much commentary on performance, but said that its adjusted ebit was at record levels.

However, the results are largely reflective of the overall air cargo forwarding sector where lost belly capacity and the Covid-19 outbreak hit demand, but also resulted in higher rates due to space shortages. 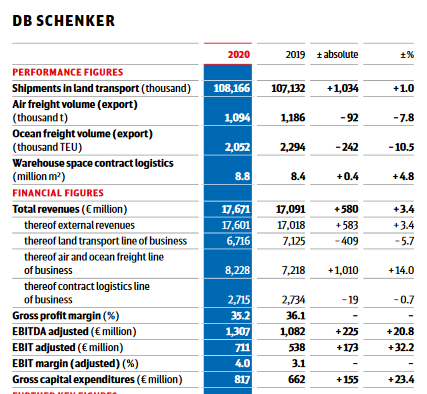