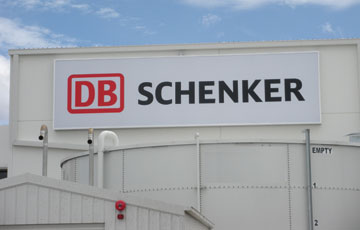 DB SCHENKER is expanding its presence in Africa, by fully integrating Bochimar Lda Luanda (Angola) into its network, following a nine-year regional partnership.
The global logistics company has also opened an office in Maputo, Mozambique.
“In line with our growth strategy, we continue to intensify our own presence in interesting markets,” says Dr Thomas Lieb, chairman of Schenker’s management board.
“We are convinced that future growth in the global economy will also come from Africa.”
In 2005, the company’s Portugal arm was nominated as the organisation responsible for all shipments to and from Angola, reveals a company statement. Last year Schenker and Bochimar handled more than 3,400 containers of ocean freight and more than 1,100 tonnes of air cargo.
“This process will fortify our presence in Angola and will guarantee innovative and cost-efficient transport and logistics solutions from one source,” adds Philippe Gilbert, regional director, of the Europe west region, which also covers countries in West Africa.
“We will continue our current focus on trade between Europe and Angola and we will certainly expand our service offering into oil and gas activities.”
Branches at Luanda and Lobito, as well as cooperation agreements in Namibe, Soyo and Cabinda have allowed DB Schenker to create a strong national network that meets the needs of the customers, a statement adds.
Share this story