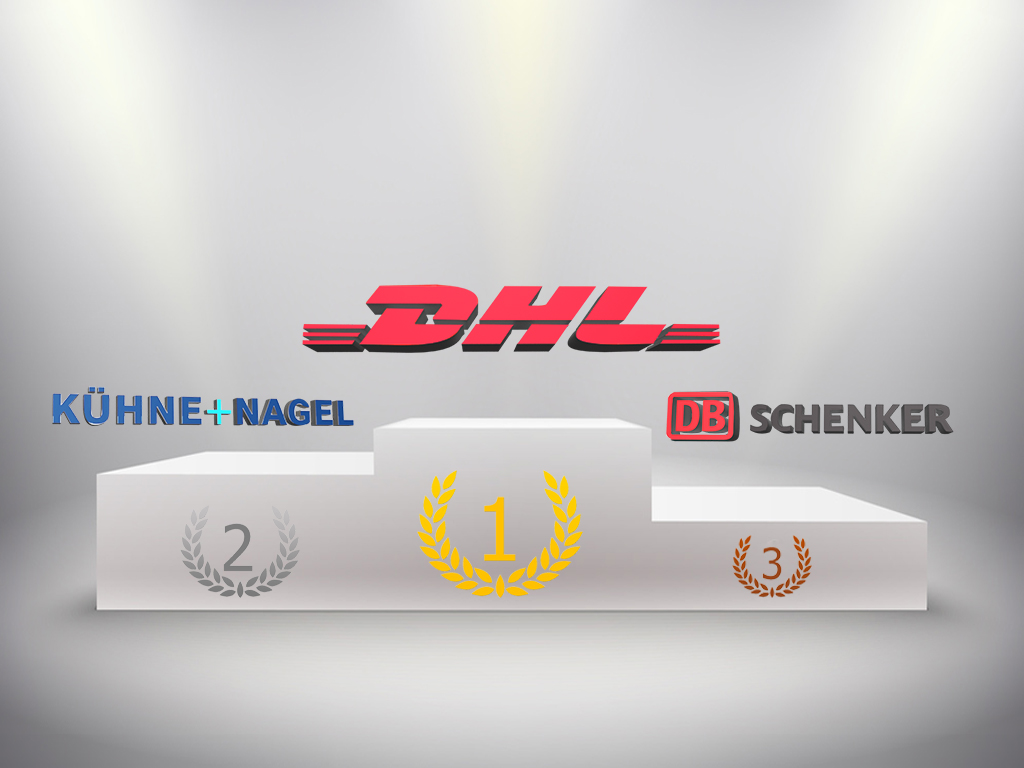 DHL Global Forwarding, Kuehne+Nagel and DB Schenker have maintained their position as the world’s leading airfreight forwarders, while the top 25 forwarders recorded a total increase in airfreight demand of less than one percent.
The latest top 25 Global Freight Forwarders List from consultant Armstrong & Associates, based on revenues and ocean and airfreight demand, revealed that the leading companies recorded a 7.7% year-on-year increase in revenues in 2014 to $213bn.
Airfreight demand amongst the top 25 increased by 0.4% to 13.5m tonnes and containerised ocean freight was up 2.3% on 2013 to 22.9m teu.
The leading three forwarders in terms of revenue were once again DHL, K+N and DB Schenker, with all three recording an increase in income during the year.
These three forwarders were also the three busiest airfreight forwarders, with all three growing faster than the 0.4% average recorded by the leading 25.
DHL saw air volumes increase by 2.6% year on year in 2014 to 2.3m tonnes, K+N recorded a 5.3% increase to 1.2m tonnes and DB Schenker’s were up 1.8% to 1.1m tonnes.
The company which recorded the largest increase in airfreight demand was Geodis, which saw a 28.9% jump to 270,600 tonnes. It also recorded a 55.8% rise in ocean volumes.
These two increases propelled the French logistics company eight places up the table to 13, but while volumes rapidly increased, 2014 revenues were up by a lower amount of 2.3% on 2013 to $5.6bn.
The volume increases appear to be the result of new contract wins, with parent company SNCF stating that 2014 figures included wins from Alstom, ABB, H&M, Lego, amongst others, while it also extended its international network of operating hubs, particularly the hubs dedicated to the oil and gas industry.
The company which dropped the most places on the list was troubled AP Moller-Maersk-owned Damco.
The forwarder saw 2014 revenues remain flat at $3.2bn, while air demand was down 16.2% on 2013 at 190,000 tonnes and ocean volumes slipped by 0.7% to 786,000 teu.
New entrants to the list were: Hitachi Transport Systems, Dachser and CJ Korea Express.
Armstrong & Associates Top 25 Global Freight Forwarder List 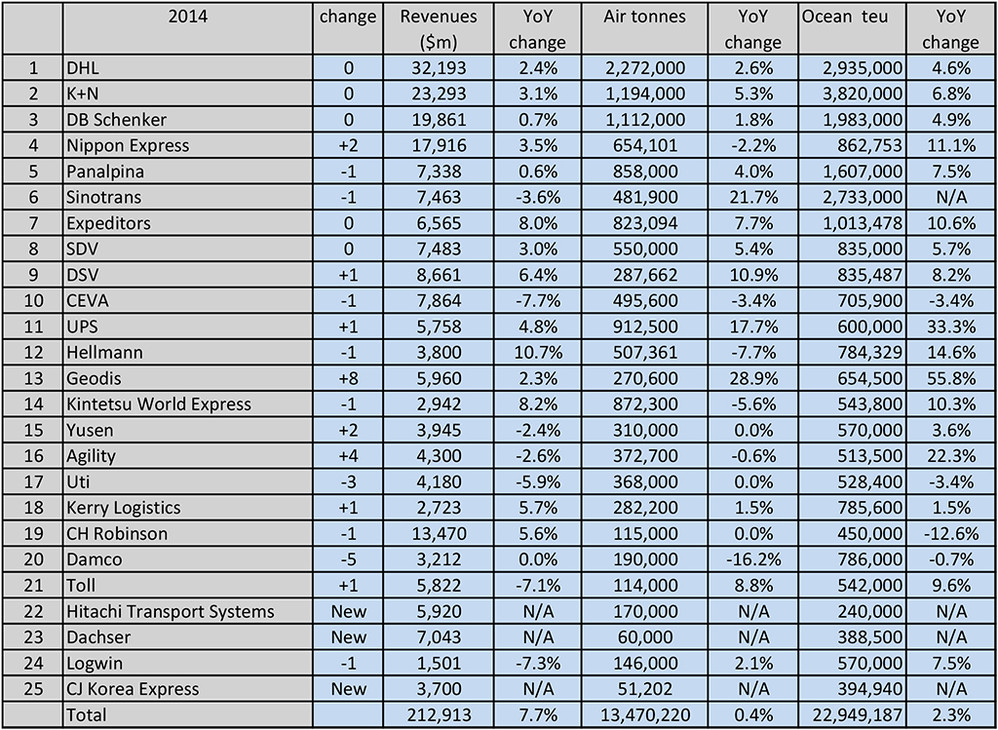 Source: Armstrong & Associates
Notes: Sinotrans ocean volumes not included in total due to changes in reporting