DHL: No problem with Atlas/Amazon deal 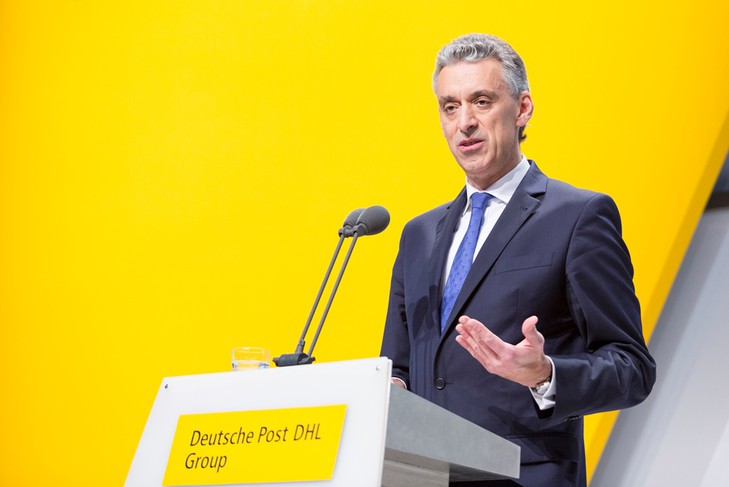 DHL says it has no problem with its aircraft lessor Atlas striking a deal with potential express customer Amazon to lease 20 freighters in the US.
During a first quarter results conference call, Deutsche Post DHL Group chief executive Frank Appel said: “Atlas can work with other customers and [the deal] has, to our knowledge, no impact on our operations. It is normal that airlines work with other customers.”
Last week, Atlas Air Worldwide Holdings (AAWW) announced the deal that included operation of 20 B767-300 converted freighters for Amazon on a crew, maintenance and insurance (CMI) basis by Atlas Air Worldwide’s airline subsidiary, Atlas Air, Inc., as well as dry leasing by its Titan Aviation leasing unit.
At the time the deal was announced, Atlas said that DHL was supportive of the transaction and added that all its customers will benefit from the synergies created by the deal.
Earlier today, DP-DHL announced it had increased its earnings before interest and tax (EBIT) by an impressive 21.3% year on year to reach €873m in the first quarter of 2016, but airfreight volumes declined.
Airfreight volumes slipped by 8.8% year on year to 476,000 tonnes of exports during the first quarter of the year. It is the fourth quarter in a row the forwarder has seen its airfreight volumes slide on a year earlier.
Apart from the weak market environment, DP-DHL said the main reason for the declining volumes was the division’s “more selective market strategy" while year on year comparisons suffered because of last year’s one-off boost due to port strikes on the US west coast.