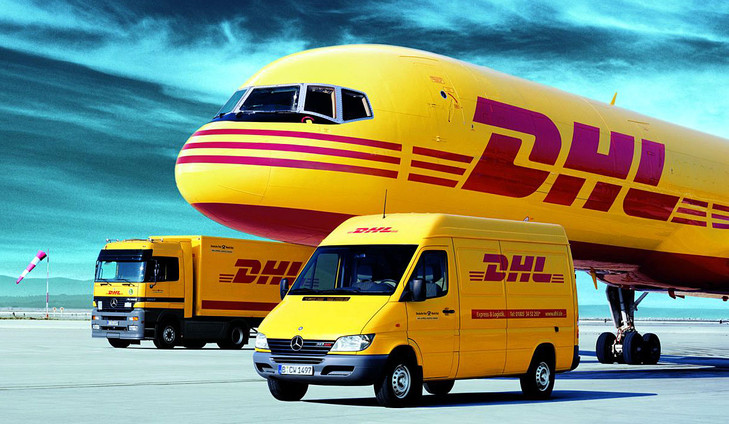 Deutsche Post DHL’s (DP DHL) airfreight division saw volumes, revenues and gross profits decline last year despite an end of year surge in demand.
Airfreight volumes at DHL Global Forwarding, which is the world’s largest airfreight forwarder, declined by 1.3% year on year last year to 2m tonnes but in the fourth quarter the company saw demand increase 5.7% to 578,000 tonnes.
As well as benefitting from an industry-wide end of year surge in airfreight demand the company had also been running a selective market strategy where it turned away non-profitable volumes until earlier this year.
Meanwhile, rivals Kuehne+Nagel and Panalpina reported increases in airfreight demand of 4.3% to 1.3m tons and 10% to 921,400 tons respectively.
In line with the decrease in demand, lower airfreight rates, lower fuel surcharges and currency effects, turnover for the mode slipped by 12% year on year in 2016 to €4.4bn and gross profits for the year were down 5.9% to €875m.
The overall forwarding division saw revenues for the year slide by 7.7% €13.7bn and earnings before interest and tax increased to €287m in 2016 from a loss of €181m in 2015, when it wrote off a major IT project at a cost of €336m.
It the effects of currency and lower fuel surcharges are stripper out of the result, revenues would have been down by the lower amount of 2.4%.
“In the fourth quarter, the division registered a recovery in freight volumes,” the company said.
“The upward trend was not reflected in revenue performance due to generally still low selling rates in air and ocean freight.
“At the same time, the Group experienced a substantial increase in buying rates, which had a negative impact on fourth-quarter gross profit.”
Looking ahead, the company said it aims to increase gross profit by improving the profitability of contracts “through optimised end-to-end management coupled with improved revenue management”.
“In addition, we intend to bring costs in line with our business performance,” the company said.
Regarding its ongoing IT renewal project, DHL said it will rely on flexible IT architecture that leverages and enhances existing systems whilst incorporating off-the-shelf solutions.
There was better news for the overall company where revenues decreased by 3.2% year on year to €57.3bn, but earnings before interest and tax (Ebit) increased 44.8% to €3.5bn and net profit increased by 61.8% to €2.8bn.
The improvements in profits were helped by growth of its Post – e-commerce – Parcel (PeP) division as well as the absence of the IT project write-off.
DP DHL chief executive Frank Appel said: “2016 was a very successful year for us. The company has never before achieved higher earnings in its current structure. We also invested substantially in all four divisions and made strong progress in the implementation of our Strategy 2020.
“Thanks to our targeted approach to e-commerce, the entire Group is benefiting increasingly from the dynamic international development in this segment. We are in an excellent position to maintain our profitable growth.”
Looking ahead, the company anticipates only moderate growth in the world economy during the current year.
Earnings are nonetheless expected to increase significantly based on additional operating improvements in the divisions.
For 2017, Deutsche Post DHL Group is projecting a rise in Group Ebit to around €3.7bn. The PeP division is expected to contribute approximately €1.5bn to this figure. For the DHL divisions, the company anticipates an Ebit contribution of around €2.6bn.

WorldACD: Air cargo demand on the up in January