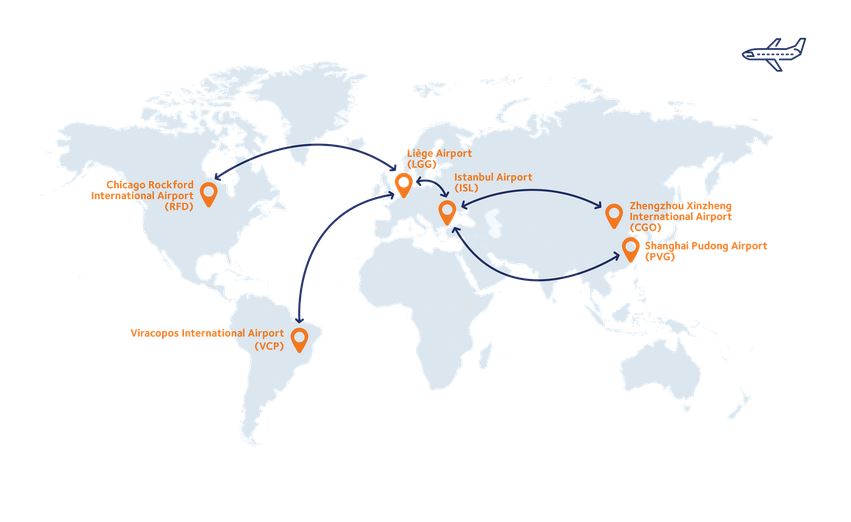 DSV has added Shanghai Pudong to its B747F Globetrotter air cargo charter service after initially avoiding the airport because of congestion at the facility.

The forwarder announced yesterday that it would operate a flight once a week between Istanbul, which connects with Liege, and the Chinese airport.

“We have added an additional stop to the route in PVG as the airport’s ground handling operations are improving after recent Covid-19 outbreaks,” DSV said.

“This means that we are changing our schedule according to the initial plan.”

In a recent interview with Air Cargo News, DSV vice president and head of global airfreight procurement Mads Ravn said that the initial plan had been to operate the service to PVG.

However, the recent Covid outbreak at the world’s third busiest cargo hub resulted in the service switching to Zhengzhou (CGO).

The service will also continue to call at CGO, while offering links across the Atlantic to Chicago Rockford and Viracopos.

DSV has run a temporary charter operation in the past, but the Globetrotter service is by Turkey-based ACT Airlines under a year-long contract.

Ravn said that the company decided to launch the new network in anticipation of a busy peak season, ongoing capacity constraints and uncertainty in the market.

DSV is expecting supply chain constraints and higher pricing to continue beyond the traditional peak season. Speaking to Air Cargo…