DSV boss “happy, proud and humble” to merge with Panalpina 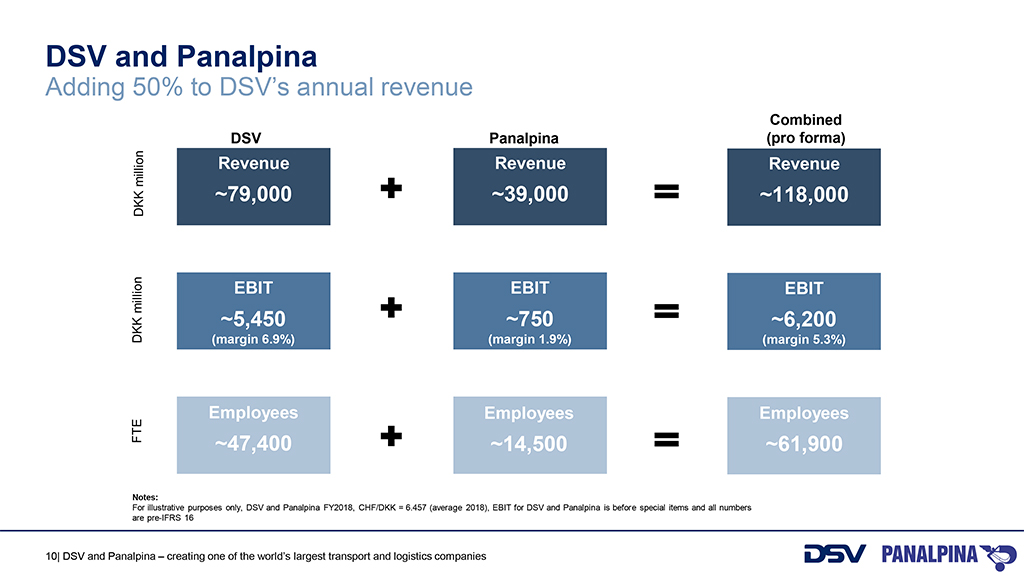 DSV boss Jens Bjørn Andersen said that the proposed $4.6bn merger with Panalpina is expected to complete in around six months.

Andersen, chief executive of Denmark-based DSV, made his comments during an investor call this morning on the “combination of forces” with Switzerland-headquartered Panalpina. 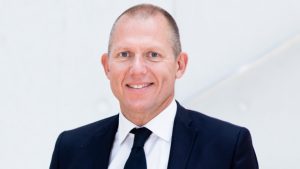 Andersen, who said he was “happy, proud and humble” to unite with the Swiss rival under the name DSV Panalpina, added that DSV has made “a thorough analysis” of Panalpina’s dedicated freighter network, currently a wet-leased, nose-loading Boeing 747-8F.

He said: “We have made a thorough analysis of Panalpina’s freighter operation and are excited to see how that will work in combination with us,” adding that the new company will be the second largest airfreight company, by volumes.

The DSV boss stated that the Danish giant, with a series of takeovers that includes ABX, Frans Maas  and UTi over the past four years, expects to acquire “new skills and ways of working” from Panalpina, citing “a footprint” of such gains from previous acquisitions.

In terms of IT structures, Andersen said that Panalpina has “very significant IT platforms, and so do we,” adding: “ We will evaluate which platforms are best suited to different services, but we will not run overlapping systems because that does not make sense.”

David Kerstens, an analyst with Jefferies Equity Research, said that the takeover of Panalpina would add 49% to DSV’s revenue and 14% to EBIT on a pro-forma basis and that the combination will become the world’s fourth largest freight forwarder, behind Deutsche Post DHL, Kuehne+Nagel and DB Schenker.

“DSV is targeting commercial synergies, from cross-selling based on a stronger network and improved service offering, improving Panalpina’s yields, as well as cost synergies, from the consolidation of operations, administration, facilities and the IT infrastructure.

“Note that Panalpina is mainly focused on air & sea freight forwarding, where DSV’s profitability is estimated at >10.0% for FY19E, implying there could be further upside to the synergy potential.” 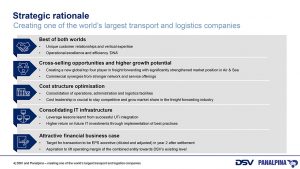 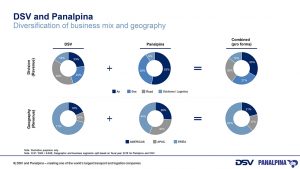 Panalpina will be hosting a conference call this afternoon.

DSV Panalpina saw revenues and airfreight volumes increase in the first quarter of the year, thanks to its acquisition of…