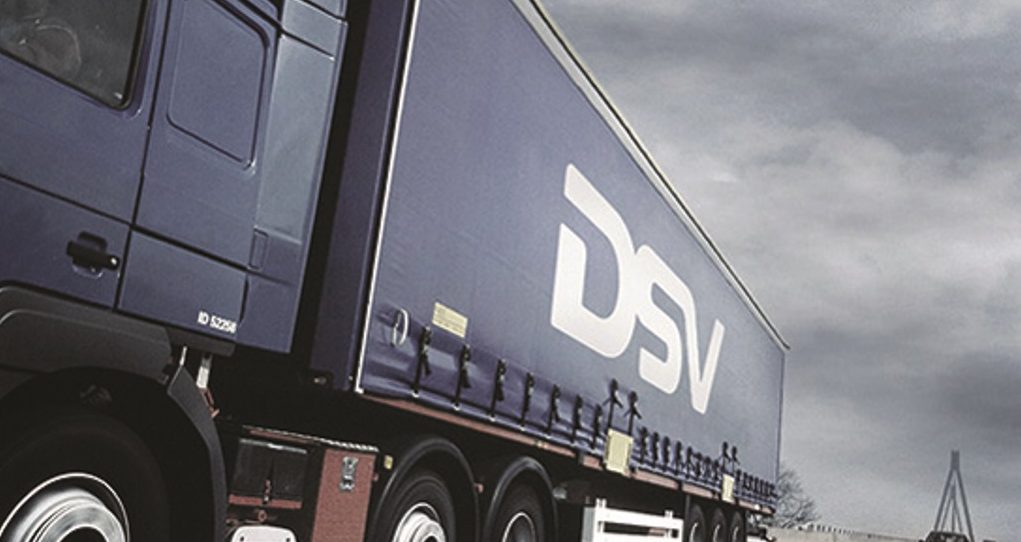 DSV expects to close its takeover of Panalpina by the end of the third quarter of this year.

In its first quarter results, Denmark-based freight forwarder DSV revealed its expected timeline for its $4.6bn takeover of Panalpina.

In May, DSV will file its planned share purchase with the relevant authorities, announce its public exchange offer and push for shareholder approval of the capital increases needed to fund the takeover.

In June, the listing prospectus will be published, in July DSV hopes the tender offer will be accepted and then regulatory approvals will be obtained and conditions fulfilled. Finally, the settlement is expected in the third quarter.

Meanwhile, the company saw first-quarter revenues increase by 8.7% year on year to Dkr20bn, earnings before interest and tax (ebit) was up 25.8% to Dkr1.4bn and net profit increased 25.2% to Dkr963m.

Revenue growth was driven by improvements in air and sea volumes and higher average rates per shipment, as well as extra workings days due to the timing of Easter.

Its airfreight business also had a successful quarter, with first-quarter volumes growing 5% on a year earlier to 170,000 tonnes driven by growth in exports from the Americas, which also helped boost yields.

The overall airfreight market is estimated to have decreased by 1% during the same period.

“The freight and logistics markets have been characterised by a relatively weak start to 2019, especially for airfreight where estimated market volumes were down 1%,” DSV said.

“Under these market conditions DSV has performed well and gained market share across all business segments.

“The growth has been achieved without pricing sacrifices – in other words, gross profit has grown in line with revenue in the period.”

DSV said that the US-China tariff dispute had impacted global growth rates, but its exposure to the trade lane is limited to around 10% of air and sea volumes.

It added that the Brexit situation was also causing uncertainty and was harming European Union growth.

DSV is working closely with its customers and has prepared for a worst-case scenario no-deal Brexit. The UK represents around 5% of total DSV revenues.

“As previously announced, we have entered into an agreement to join forces with Panalpina and we expect that this transaction will close end Q3 this year.

“We are very much looking forward to teaming up with Panalpina, and while preparing for the integration, we are focused on delivering good customer service and managing the day to day operations.” 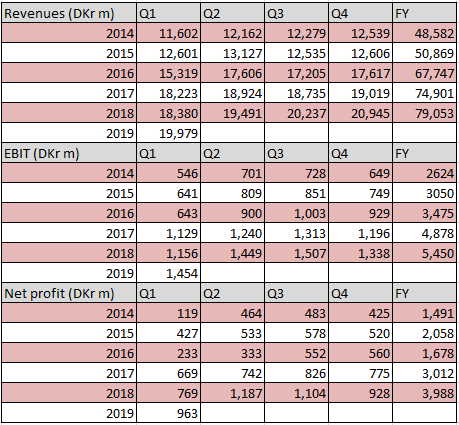 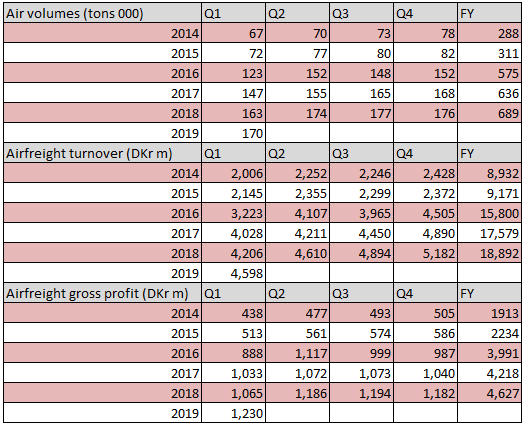