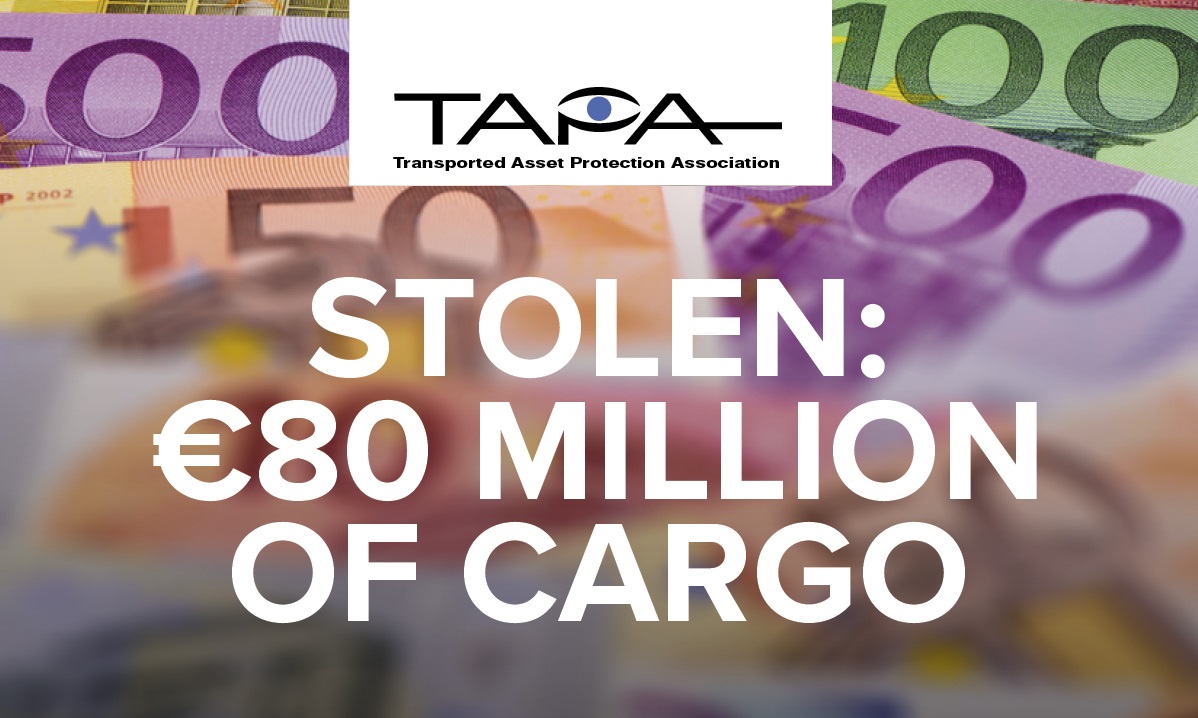 Cargo worth more than €80m was stolen from supply chains in the Europe, Middle East & Africa (EMEA) region in the first nine months of 2019, according to the latest data from the Transported Asset Protection Association’s (TAPA) Incident Information Service (IIS).

Cargo thefts were recorded from all modes of transport as thieves targeted products moving via road, air, ocean and rail services, averaging a loss of €293,000 every single day of the year, based on crimes sharing financial data with the association.

Looking at the value of the thefts, €26m worth of goods stolen in the third quarter, even though only 23.8% of the 596 cargo crimes so far reported for the period stated a loss value.

The association has previously announced freight losses of more than €34.2m and €21m in its Q1/19 and Q2/19 intelligence reports.

In the third quarter of 2019, TAPA received reports of cargo losses in 22 countries in EMEA. France and the Netherlands recorded the highest number of crimes in the Association’s IIS database, due largely to the support and crime information given to TAPA EMEA by law enforcement agencies in both countries. France saw a total of 146 actual or attempted cargo thefts, 24.5% of the Q3/19 total, while the Netherlands accounted for 136 or 22.8%.

More than 85% of goods moving in supply chains are now targeted by thieves when they are onboard trucks as opposed to being stored in facilities, with vehicles continuing to be seen as the ‘weakest link’ in the supply chain process.

The lack of secure parking places for trucks in the EMEA region remained one of the biggest causes of product losses.