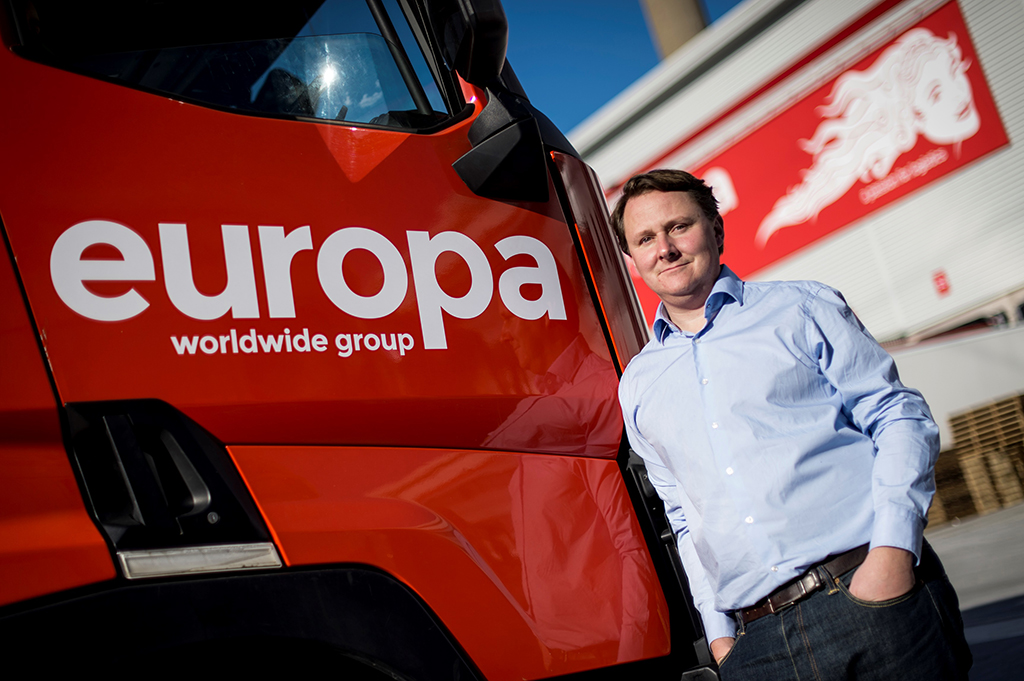 Logistics service provider Europa Worldwide Group has reported annual financial results for the 2017 calendar year, and declared that it is now in “the strongest and most profitable position in its 50-year history”.
Europa is a specialist road, air and sea, and warehouse operator which employs more than 650 staff across 11 sites in the UK and Hong Kong.
Last year, Europa’s turnover increased by 24% to £144m – a £28m increase on the previous year – while underlying net profit increased to £3.2m from £1.1m in 2016.
Finance director Rob Ross said: “Our focus now is the next five years. In 2018 we hope to move turnover close to the £200m mark, with a target of £4.5m of net profit.
“We’re setting ambitious yet achievable goals for Europa which we’re confident we’ll hit in the timeframes we’ve set ourselves. Our core product is now rock solid and every single area of the business is profitable – which is a huge transformation in the space of four years.”
Managing director Andrew Baxter added: “In spite of organic growth running at 24%, 2017 was a year of comparative stability for us following the restructuring that occurred in the previous three years.
“Our goal for 2018 and beyond is to continue to make substantive steps forward in each division of the business both in terms of organic growth and acquisitions – initially in Road and then in Air & Sea – developing our footprint in Asia and looking to opening new, bigger and better facilities in our warehousing division.
“The overarching goal is for Europa to be pushing towards the £400m turnover mark by 2022, effectively doubling in size again.”
Share this story