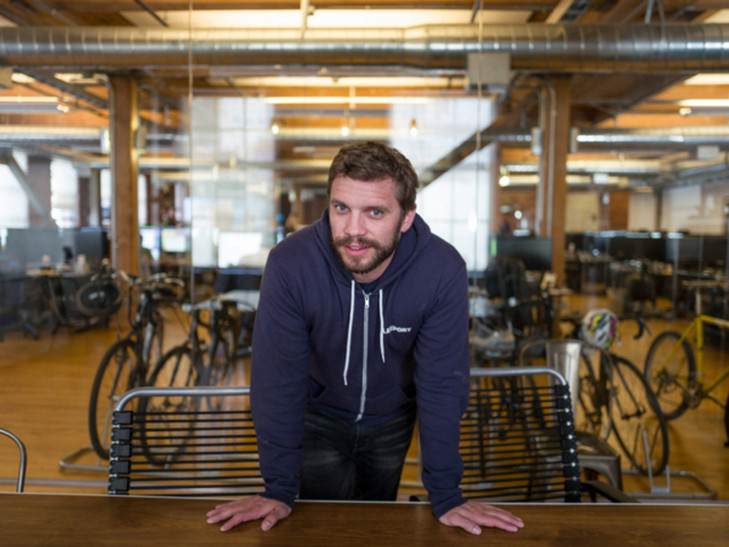 Chinese express giant SF Express has invested $100m in Flexport as the company looks to continue its rapid expansion.
Flexport said it would use the investment to expand operations in China and around the world. The company recently revealed to Air Cargo News it has set the target of increasing revenues by 300% this year.
A spokesperson said: "We feel they’re China’s strongest logistic company, and as we continue to grow our business it made a lot of sense to our competitive positioning.
"As we keep pushing to be the largest freight forwarder on the Asia-North America trade lane, working with SF Express allows us to keep investing in delivering the best UX, collaboration tools, and supply chain analytics for customers. That commitment to product and service is of value to SF Express’ customers too."
However, when asked what SF Express would get in return for its investment, Flexport declined to comment on the terms of the investment or the valuation, saying only that it does not come with a board seat and that no IPO is planned at this time.

This year, the company is expected to double its warehousing footprint, while opening new offices in Hamburg, Chicago, Taiwan, and Shanghai.
While it also plans on increasing its investment in technology "so it can continue to reduce transaction costs, improve the user experience, and empower supply chain managers to make more data-driven decisions".
"Our mission is to make global trade easy for everyone," said Flexport chief executive and founder Ryan Petersen. "The investment by SF Express, one of the world’s top couriers, will let us create more value for businesses shipping freight internationally."
SF Express joins existing investors including First Round Capital, Bloomberg Beta, Founders Fund, DST, and Y Combinator.
Last year, the company tripled its revenue while opening new offices in Los Angeles, Atlanta, and Shenzhen.
It has also launched its own airfreight operation between Hong Kong and Los Angeles through a deal with Western Global in order to avoid capacity shortages on the trade lane and also help it meet growth targets.
The company added that in the past year, it has shipped $3.8bn worth of merchandise between 97 countries for companies including Warby Parker, Peloton, Ring, Bridgestone, and Georgia Pacific.
Reports in September suggested the company was hoping to secure $110m in funding.
Meanwhile, according to Singapore’s Business Times, Temasek-owned Mapletree Investments has signed a "co-operation agreement" with SF Express.
The report claims Mapletree will provide customisation of warehouse facilities to meet SF Express’s business requirements.
Read more freight forwarder news