Flexport to invest in cross-dock facilities 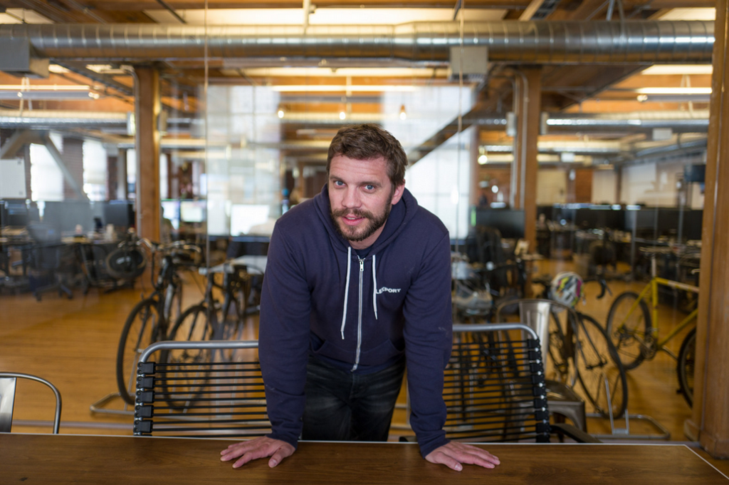 Forwarder Flexport will invest in a network of consolidation facilities as it looks to gain greater control over supply chains.
Speaking to Air Cargo News at the Air Cargo Europe event, Flexport chief executive Ryan Petersen revealed that the company had just signed deals for facilities in Hong Kong and Los Angeles and it would “receive the keys” on June 1.
Vice president Europe Jan van Casteren explained that the warehouses would act as cross-dock facilities to allow for fast paced consolidation and de-consolidation of shipments travelling between China and the US, rather than for long-term storage.
The centres would allow the company to consolidate multiple clients’ cargo into fewer shipments, re-route and separate out key portions of shipments, reducing transit time and associated opportunity costs, and cut out communication challenges, inefficiencies and mistakes that can occur when relying on third parties for these services.
He added that the company hoped to develop a network of similar cross-dock facilities around the globe over the coming years.
“We will have a worldwide network of warehouses but we have to do our first two, build our capabilities and figure out how to run an efficient process. As soon as we do that we will expand globally,” said Petersen.
“It was not part of our plan on day one to have a network of warehouses but it has become obvious over the last year or two that they provide a ton of value in capturing the margin and giving it back to the customers but also taking over more control.
“We want real-time visibility of what is happening but also control to change it.”
Petersen explained that while the company’s digital platform was ahead of the competition’s, it was developing some of the more traditional freight forwarder offerings.
He described the situation as a race, with traditional forwarders looking to develop their digital capabilities, while Flexport looked to build some traditional infrastructure.
He added that he felt it would be easier for a newer forwarder to develop traditional forwarder capabilities than it would be for an existing forwarder to develop their digital offering.
The company has experienced rapid growth since it began operations in late 2013 and Petersen and Casteren believe Flexport will this year be one of the top 50 forwarders in terms of volumes on the transpacific trade lane.
This month, for example, the company has seen volumes improve by 100% compared with the previous month.
Van Casteren said one of the reasons for the company’s success was its combination of technology and human interaction with customers.
In the past, start-ups have been accused of lacking the problem solving capabilities of traditional forwarders when things go wrong: “If your precious cargo is underway and it does not move on the map you can click on the screen and get angry but that does not help so we have people there to help solve situations.”
Petersen added that the company does not consider itself a digital forwarder and that he sees growth continuing.
“We have a differentiated product, I don’t see anything else like it,” he said. “We can offer a really nice user experience – modern web technology, super-fast, reactive, real time visibility. People come for that user experience and then stay for the data.
“We structure all supply chain data and commercial invoices from every factory when you buy your goods, all the prices you are paying on freight and customs, insurance, our system gives you landed costs per SKU and helps you understand what that price is depending on where you ship the goods and when.
“We have modules for the finance team so they can come and collaborate and see invoices you owe for freight and have context without needing to contact the supply chain team and take their time.
“We give all the data back to you through our API and you export it to Excel or build graphs in the app.”
He added that automation of processes allowed the company to be price competitive as it doesn’t have the same scale to buy space as larger payers. It then provides value through its software.
Van Casteren added that automation allowed the company to give every customer an account manager because they do not need to spend as much time on manual processes.