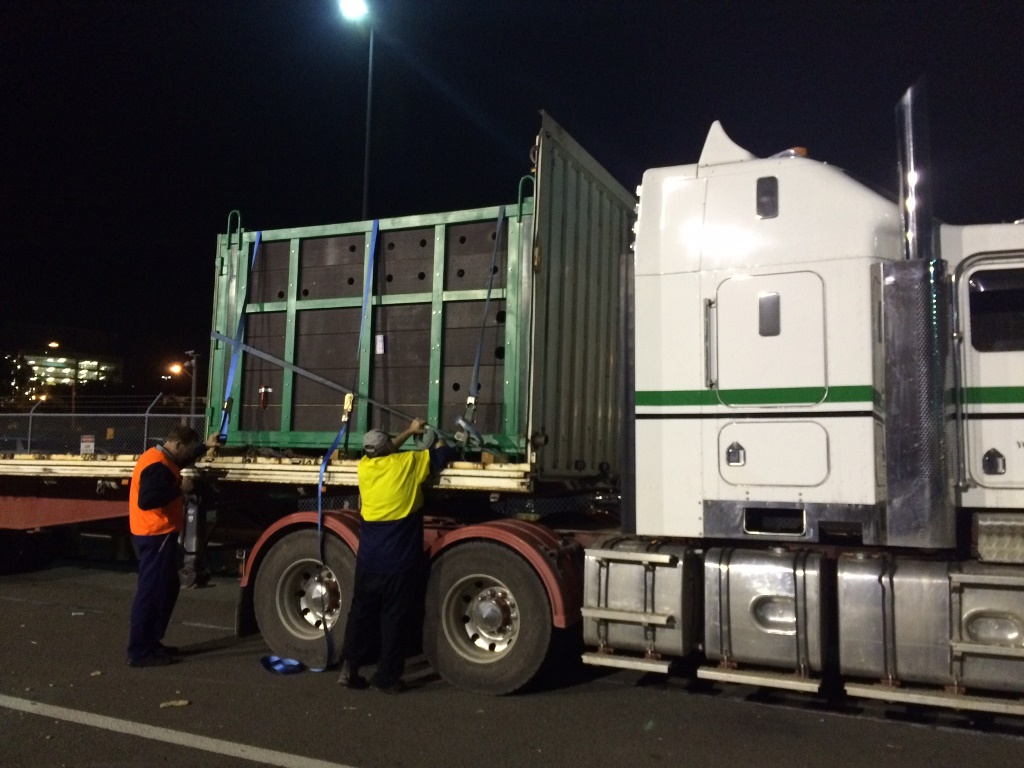 The live animal department of freight forwarder a.hartrodt’s Belgian aifreight division helped organise the transport of a young 1,100kg rhino.
The heavy rhino was transported, using a tailor-made transport box, from a German zoo via Brussels airport to Australia where it was destined for a breeding facility.
As the Australian government has very strict rules and regulations in relation to the importation of live animals the transport project had to be carefully planned and all paperwork meticulously completed before the animal was able to take off.
In addition, a.hartrodt had to comply with the Washington Convention on International Trade in Endangered Species.
“The transport of the rhino continues a proud tradition of a. hartrodt to support animal conservation efforts,” said Philippe Fierens, director of a.hartrodt (Belgium) airfreight.
“The welfare of the animal is, of course, the most important thing for us. We therefore asked Singapore Airlines Cargo to delay the flight out of Brussels.
"This way we were able to reduce the transit time in Singapore and the overall travel time for the rhino to a minimum.
"The well-being and comfort of the animal was closely monitored during the whole trip by a very experienced veterinarian who accompanied the shipment.”
The forwarder said it has transported a wide variety of of animals over the last 20 years, including lions, leopards, dogs tapirs, fish and chickens.