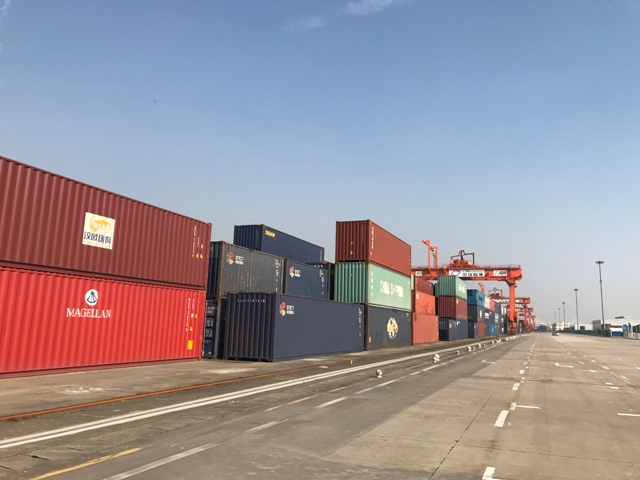 Freight forwarder Davies Turner has seen an increase in the number of customers using rail as an alternative to air on China-Europe shipments.

The UK-headquartered company said that rising airfreight rates caused by a Covid-19-related capacity crunch has pushed shippers to look to alternative modes of transport.

As a result, bookings on its weekly fixed-day rail consolidation service from China to the UK continue to increase.

Tony Cole, head of supply chain services, told Air Cargo News: “Since we relaunched the service in March, there has been a growing realisation from importers that traditionally move freight by air that they only need to factor in the slightly longer lead times for delivery by rail, to see what a massive cost saving they can benefit from by using our direct rail alternative.

“As capacity disappeared from the airfreight market the price differential has rocketed as airfreight rates reach record levels.

“Many of the consol shipments we see each week are being booked by our airfreight subsidiary, Davies Turner Air Cargo, which obviously has a broader database of existing and potential customers that move airfreight. Importers using airfreight that are able to remodel their supply chains to use the rail freight option may do so on a permanent basis.”

To meet the extra demand the forwarder is adding new UK destinations that will be served by its rail option from China.

“We have identified many of the shipments are for distribution to other parts of the UK, so we are now working with our partners in China to refine the consolidation process at [the Hefei rail hub in China], and to ensure that shipments destined for the South West, Midlands or North West are consolidated in the same container,” added Cole.

“This additional fine tuning of the service will enable us to make a further reduction in the transit time.”

The weekly service leaves the Hefei rail hub and heads to Neuss in Germany, from where containers are then trucked under bond to the port of Rotterdam and transported by ferry to Purfleet in East London.

In future, on-carriage will be undertaken from Purfleet by truck direct to one of Davies Turner’s distribution centres in Birmingham, Bristol, Dartford or Manchester, where the contents will be discharged, customs cleared and delivered.