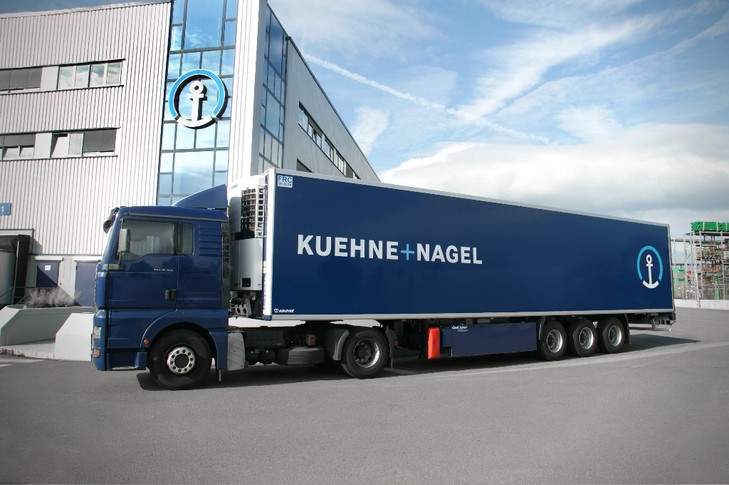 Freight forwarder Kuhne+Nagel (K+N) is expecting further consolidation in the perishables logistics market after it yesterday announced the acquisition of two companies.
Speaking shortly after announcing the company’s second-quarter results and the acquisition of two perishables forwarders, chief executive Detlef Trefzger said that K+N’s market share in the sector was “extremely low” and added that the sector was fragmented.
He said that specialist forwarders in the sector would also be looking at their options as they require access to global markets in order to meet shifting demands.
Perishable shippers are also increasingly requiring complex logistics solutions, which require investment in targeted products.
For these reasons he is expecting further consolidation in the market.
“The perishables market is growing and therefore there will be other targets out there we will look at and will for sure try to complement our network where we feel we need additions and can’t build it as fast, reliably and organically ourselves,” he said.
Trefzger also revealed that Commodity Forwarders will add around $200m to K+N’s revenues each year and that the two deals would increase volumes by around 10%.
K+N is not the only forwarder to have been actively acquiring perishables specialists over recent months.
Panalpina in May this year bought family-owned Air Connection, a Kenya-based perishables specialist in the export of flowers and vegetables.
That deal came two years after Panalpina increased its presence in Kenyan flower logistics by acquiring perishables specialist Airflo, Kenya’s second largest airfreight forwarder, and only two weeks after Panalpina formally announced the launch of its global Perishables Network.
Margins under pressure
Trefzger was also questioned on the company’s financial performance, with a particular focus on why airfreight gross profit per kg had declined despite increasing revenues, freight rates, volumes and its focus on providing specialist solutions for customers.
He explained that this was down to carriers taking their share of the growth, tight capacity on certain trade lanes and because certain customers are run at low or even negative profit margins.
He said: “We have existing contracts with customers and in some areas and regions we have a tight capacity.
“We fulfil our contractual obligations always and that leads some segments of the airfreight market to lower or even negative gross profit at the moment.
“We have major shippers where we fly, at moment, mainly out of Asia and China, with negative gross profit. All additional business we win is part of our solutions scaling and takes into account the new rate levels in the market, the tight capacity and is well controlled.”
Demand growth set to continue
During the quarter the company also registered record quarterly airfreight demand of 381,000 tonnes, up by more than 20% on a year earlier, while the overall market improved by around 10%.
Trefzger said there were four reasons for this improvement: ongoing consumer demand, e-commerce demand, a shift from seafreight to airfreight given service disruption caused by port congestion, carrier bankruptcy and the creation of new shipping alliances and K+N’s focus on industry specific solutions.
Looking forward, he expects airfreight demand growth to remain strong, although perhaps not by the levels seen so far this year.
“Can the market continue with double digit growth of more than 10%?,” he asked, “We all have a bit of doubt.
“But will it go significantly back to a stagnant scenario? Also not. So, a normalized growth of 6-8%  could be expected in the years to come.”
Read more freight forwarder news