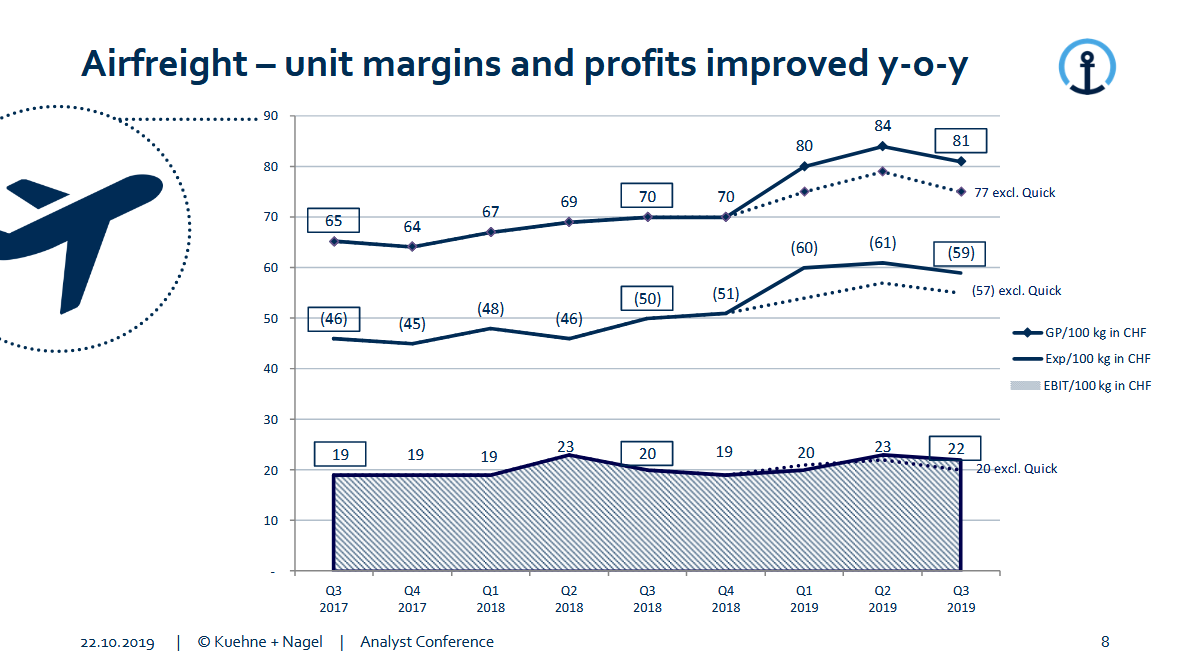 Kuehne+Nagel saw airfreight volumes and revenues decline in the third quarter, but it managed to maintain profitability.

The company reported a 7.5% year-on-year drop in third-quarter airfreight volumes to 406,000 tonnes, revenues declined by 6.7% on a year ago to SFr1.3bn but earnings before interest and tax (ebit) were flat at SFr89m.

The company said that the decline in revenues and volumes was a reflection of “global economic uncertainty and rising trade barriers”.

It is the fourth consecutive quarter that the forwarder has seen air cargo volumes decline on a year ago.

Its high tech and automotive sectors were hit particularly hard by the market conditions.

On the other hand, the acquisition of Quick International Courier boosted performance.

“Still the business unit was able to significantly increase gross profit, especially in the areas of pharma and healthcare, perishables and time-critical shipments,” the forwarder said.

“The integration of Quick International Courier, Inc. is proceeding according to plan.

“Quick, one of the market leaders for time-critical transport and logistics services for the pharma and aviation industries, generated sustained positive results in the third quarter.”

Organic net turnover growth amounted to 4.3%, foreign exchange effects had a negative impact of 2.9%, and acquisitions a positive effect of 1.7%.

“In Seafreight and Overland in particular, our focus continued to be on customer service, cost efficiency and digitalisation.

“In the more volatile Airfreight business, earnings remained stable over the past quarters, with the acquisition of Quick having had a sustained positive impact.” 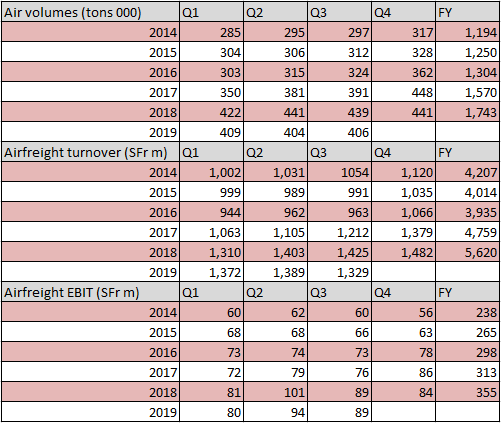