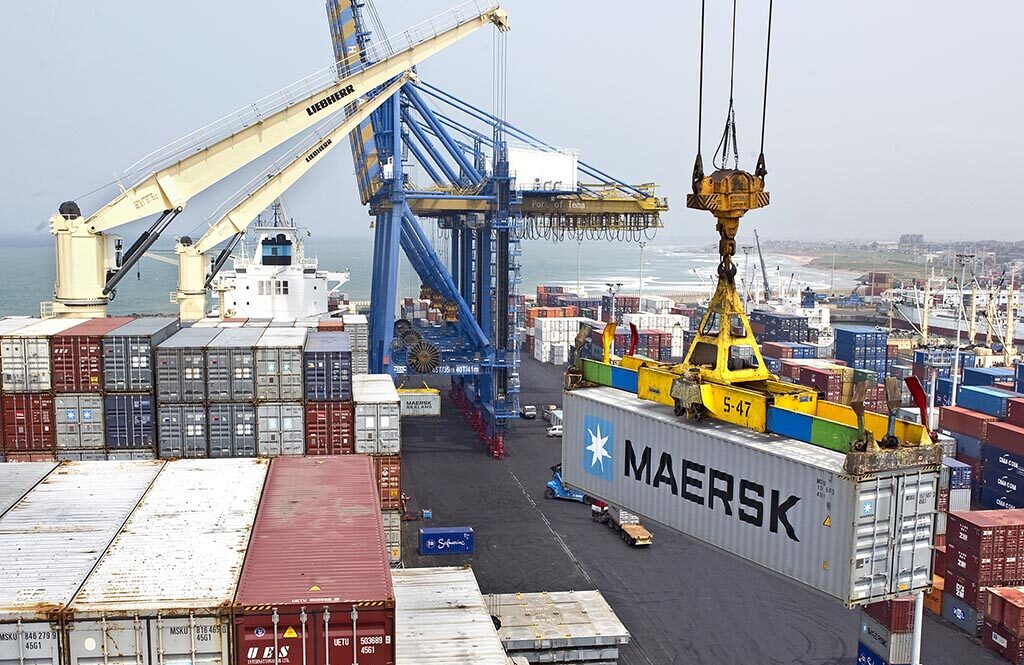 Damco, the freight forwarding and logistics arm of Danish container shipping giant Maersk, reported a $8m loss on turnover of $1.24bn in the first half of 2017, down from a profit of $12m last year, but broke even in the second quarter as airfreight volumes rose.
Parent group AP Moller-Maersk (APMM) said that the half year Damco result was “negatively impacted” by lower ocean margins, impacts from the June 27 NotPetya malware cyber-attack and increased investments in new products and solutions.
This was partially offset by stronger supply chain management volumes, airfreight volumes and increased productivity.
Damco saw airfreight volumes grow by 6% in the second quarter of 2017, while ocean controlled volumes fell 4% over like period last year “due to a shift in commercial strategy”.
Overall, Damco reported a break-even result for the April to June 2017 period, down from a profit of $10m in the same three months of last year. Damco’s Q2 revenue was $631m, an increase of 2% versus 2016, mainly driven by supply chain management and airfreight volumes growth.
In the first quarter of 2017, Damco reported a loss of $8m, blaming “significant margin pressure” and higher investments in product development.
In its results filing, APMM said of Q2: “Damco freight forwarding margins remained below last year, impacted by challenging market conditions on the trade lanes where Damco is predominantly exposed.
“Damco expects to see improvements in freight forwarding margins in the second half of the year coming from improved pricing processes and carrier management systems implementation. Underlying supply chain management margins were at the same level as last year.
“Cost saving initiatives and productivity improvements supported overall overhead reduction, although investments in new products and digital solutions significantly increased. Damco will continue to invest in digitisation, as well as improving products, commercial effectiveness and sales deployment.”
Maersk Line, the group’s core maritime container shipping division, reported a 2017 half year profit of $273m, versus a $114m loss in 2016. The increase was driven by higher average freight rates and higher volumes partly offset by higher unit cost primarily due to higher bunker price.
Ocean freight volumes at the deep sea container division increased by 5.7% to 5.3m 40ft container equivalents (FFE) and an average freight rate increased of 13% to $2,014 per FFE.
Commenting on June’s global cyber attack, which hit a number of companies, including FedEx parcels arm TNT, APMM said that the impact was limited to its container related operations, including those at Damco. APMM estimates that the total financial impact of the cyber attack on the group will be in the range of $200m-$300m for 2017.
The Danish giant stated: For Maersk Line, APM Terminals and Damco, systems had to be shut down for a period for precautionary measures, as they have global interfaces across businesses and partners.
“These system shutdowns resulted in significant business interruption during the shutdown period, with limited financial impact in Q2, while the impact in Q3 is larger, due to temporary lost revenue in July.”
The statement continued: “While the businesses were significantly affected by this cyber-attack, no data breach or data loss to third-parties has occurred. The attack was contained on Wednesday 28 June and AP Moller-Maersk began implementing the technical recovery plan with key IT partners and global cyber security agencies.
“On Thursday 29 June, Maersk Line was able to accept bookings from customers with existing accounts. AP Moller-Maersk gradually progressed to more normalised operations for Maersk Line, Damco and APM Terminals during the week of July 3 to July 9.”
Maersk said that the cyber-attack used a previously unseen type of malware, and updates and patches applied to both the Windows systems and antivirus were not an effective protection in this case.
In response to this new type of malware, the group has put in place “different and further protective measures and is continuing to review its systems to defend against attacks”.