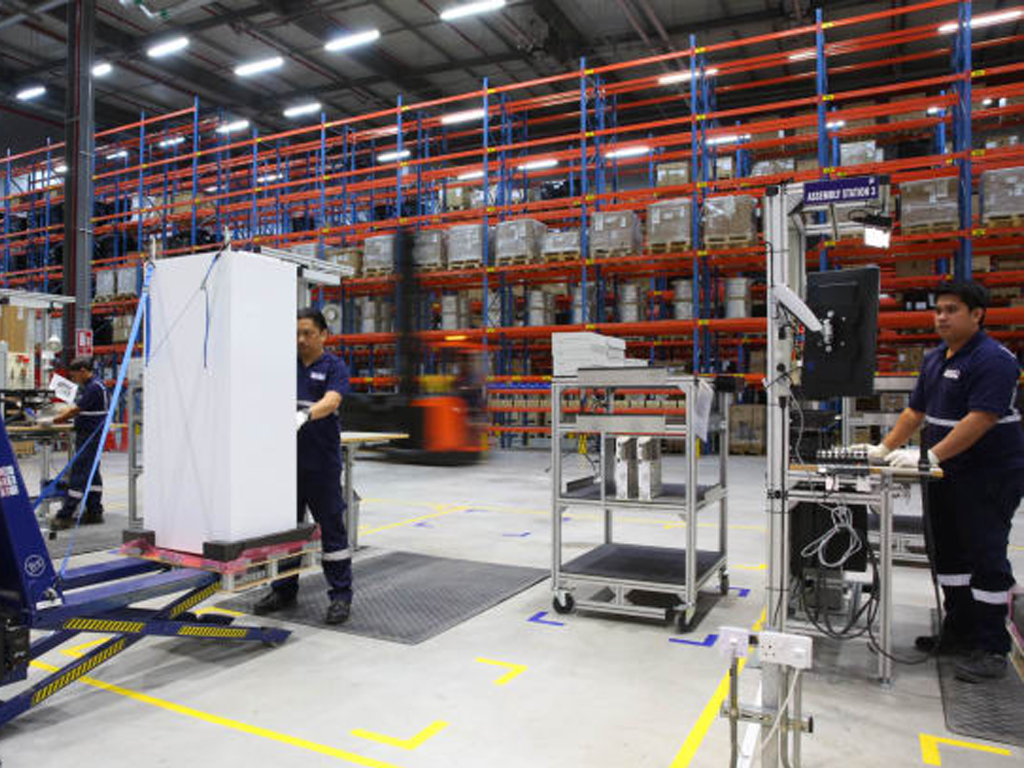 Panalpina has officially opened a new logistics manufacturing centre in Dubai South next to Al Maktoum International Airport. The 40,000sq m site, three times bigger than the one it replaces, will help the forwarder increase its logistics and freight business in the Middle East, Africa and CIS (MEAC) region. There is also plenty of room for further growth, says Panalpina.
Panalpina chief executive Stefan Karlen said: “It opens a new exciting chapter for our logistics and freight forwarding activities in the region. It is the biggest facility of this type that we currently operate.”
At the ceremony, chairman of Dubai Aviation City Corporation and chairman of Emirates Group, Sheikh Ahmed bin Saeed Al Maktoum commented: “The new logistics centre will further strengthen the relationship between Panalpina and Dubai South and help attract additional industries to the region such as high fashion, automotive, and aerospace as well as research organizations and think tanks.”
Currently, Panalpina mainly serves customers from the technology, oil and gas and consumer and retail sectors in Dubai. Major telecom and consumer electronics customers were moved from the previous 13,000sq m building to the new facility when it was completed in October of 2016.
The site, in Dubai Logistics City, is part of the bonded logistics corridor between the International Airport and nearby Jebel Ali Port. Most of the 37,800sq m operational space is used for inbound manufacturing and vendor managed inventory, as well as for outbound distribution. There are separate areas for the break-down or build-up of air freight, for the safe intermediary storage of valuable goods and for other special activities.
Goods are handled in clean and fully air-conditioned chambers, monitored and controlled around the clock, Panalpina managing director for the UAE, Pascal Sieber, pointing out that customers are increasingly demanding that their products be protected against heat and humidity. He said the new facility is one of only a few of this size in Dubai that can offer this.
A separate repair room, equipped with antistatic flooring and special lighting, is used to grade used mobile phones, tablets and laptops. Specialists also refurbish game consoles and Panalpina engineers and technicians pick semi-knocked down units, configure, assemble and test them with the latest software uploaded.
More companies want to configure and customize their products closer to market before delivering them quickly to end customers, says Panalpina.
The forwarder adds that it is also seeing increased demand for reverse logistics including diagnostics and repairs.