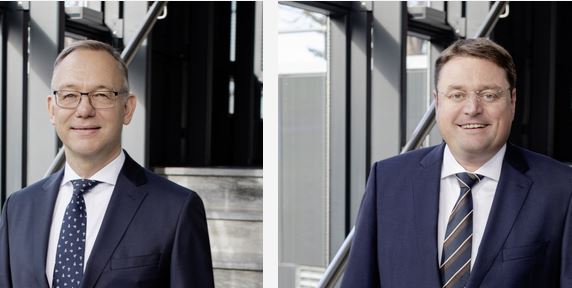 Detlef Trefzger is next year set to step down as chief executive of Kuehne+Nagel (K+N) for private reasons.

After nine years, Trefzger will leave the top job at the Switzerland-headquartered freight forwarder on August 1 to be replaced by Stefan Paul, who has been a member of the company’s management board since 2013 and is currently responsible for Road Logistics and Sales.

Paul started his career at K+N in 1990 before leaving in 1997 when he held management positions at various logistics companies in Germany and the UK, among others.

In 2013, Paul returned to K+N where he assumed responsibility for all road logistics activities and was able to “expand the business while increasing profitability”. Later, he also took over the responsibilities for global sales in the management team.

Joerg Wolle, chairman of the board of directors of K+N said: “One of Kuehne+Nagel’s principles is long-term company development, which includes, above all, succession planning for management positions.

“In view of the company’s very successful performance, the focus thereby lies on ensuring continuity. With the appointment of Stefan Paul as CEO, the global strategy and corporate culture will be sustained.

“The Board of Directors has held Stefan Paul in high esteem for many years and considers him to be an outstanding leader for the company’s future.

“Hence, we are pleased having been able to appoint this crucial position from inside of our top management.”

The board also thanked Trefzger for his leadership over the past years.

“Together with his management team, he has succeeded in developing Kuehne + Nagel achieving excellent results. This deserves the special recognition of the Board of Directors of Kuehne + Nagel International AG,” said Wolle.

Trefzger recently oversaw the acquisition of a majority stake in Apex International which should make K+N the world’s largest airfreight forwarder.