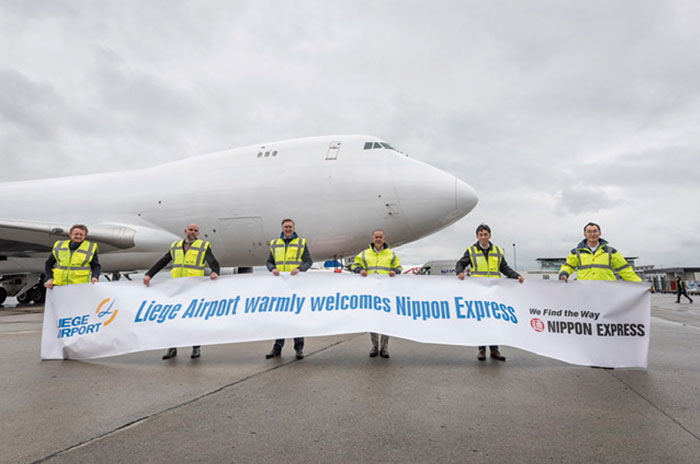 Forwarder Nippon Express (NE) Belgium has launched a new charter services as it looks to meet rising demand and a “chronic shortage of air cargo capacity”.

The round-trip service between Ostend-Bruges Airport and New York John F. Kennedy Airport was launched earlier this month and is operated by Qatar Cargo utilising its B777-300 ER preighters with the seats removed.

The service is in response to “rising demand for transatlantic air cargo transport”.

“Taking advantage of Belgium’s strategic location at the heart of European logistics, cargo from not only Belgium but from neighboring countries such as the Netherlands and France as well can be loaded at this gateway,” it said. “Nippon Express is able to reliably provide cargo space to customers despite the chronic shortages of cargo space brought about by the pandemic.”

The forwarder said Liege Airport is an ideal hub to operate from, because it has no slot restrictions and it is located in close proximity to the borders of Germany, the Netherlands and France.

Additionally, cargo operations at Liege are also supported by a nearby freight railway station with links to China and Europe, as well as an intermodal (barge, road and rail) container terminal.

“NE Belgium is the first Japanese forwarder to set up operations in the Liege area, and it has opened an office in the airport cargo zone to provide CFS function,” it said.