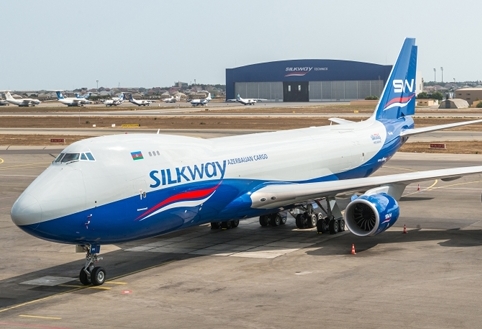 Panalpina has added extra calls in Baku to its service roster on the back of increased demand for pharmaceutical and high tech products.
The Switzerland-based freight forwarder has added two extra weekly calls at the Azerbaijan facility through its scheduled charters operated by Silk Way West.
The move doubles the number of weekly calls Panalpina is able to offer in Baku, as it already offers a mid-week charter between Luxemburg to Shanghai via Baku and back.
The forwarder said that the additional calls come on the back of a change in cargo mix on the trade as demand for technology and pharma cargo increases ahead of demand for the dominant outsized oil and gas cargo.
Panalpina chief executive Peter Triebel for the Middle East, Africa and CIS region said: “Baku has benefited from oil and gas revenues and is developing quickly.
“While oil and gas production and exports remain central to Azerbaijan’s economy, increasingly we are witnessing the demand-patterns of a diversifying economy. Baku is in full transformation.”
Panalpina head of airfreight Asia Pacific Sou Ping Chee added: “Eastbound we fly mostly temperature-sensitive pharmaceuticals, where we see further growth potential.
“The majority of this cargo flies all the way to Shanghai Pudong International Airport, which is home to new cool chain facilities. On the way back to Europe via Baku, we carry mostly fast fashion and high-tech products.”
The service will be operated by B747-8 freighters, which are suited to carrying outsized oil and gas equipment.
In a recent interview with Air Cargo News, Panalpina global head of airfreight Lucas Kuehner warned that a cautious approach should be adopted when contemplating the oil and gas markets.
New business for oil and gas clients could be harder to come by if the oil price stays low, he said.
He added that oil and gas customers also expect the cut in oil prices to translate into lower freight rates, although they were not alone in this belief.  As a forwarder, Panalpina often gets caught in the middle.

More freight forwarders have joined the Hope Consortium, a UAE-based public-private partnership, to support the distribution of Covid-19 vaccines across…

DB Schenker has extended its own-controlled charter network with a route covering America, Europe and Asia. The service was launched…