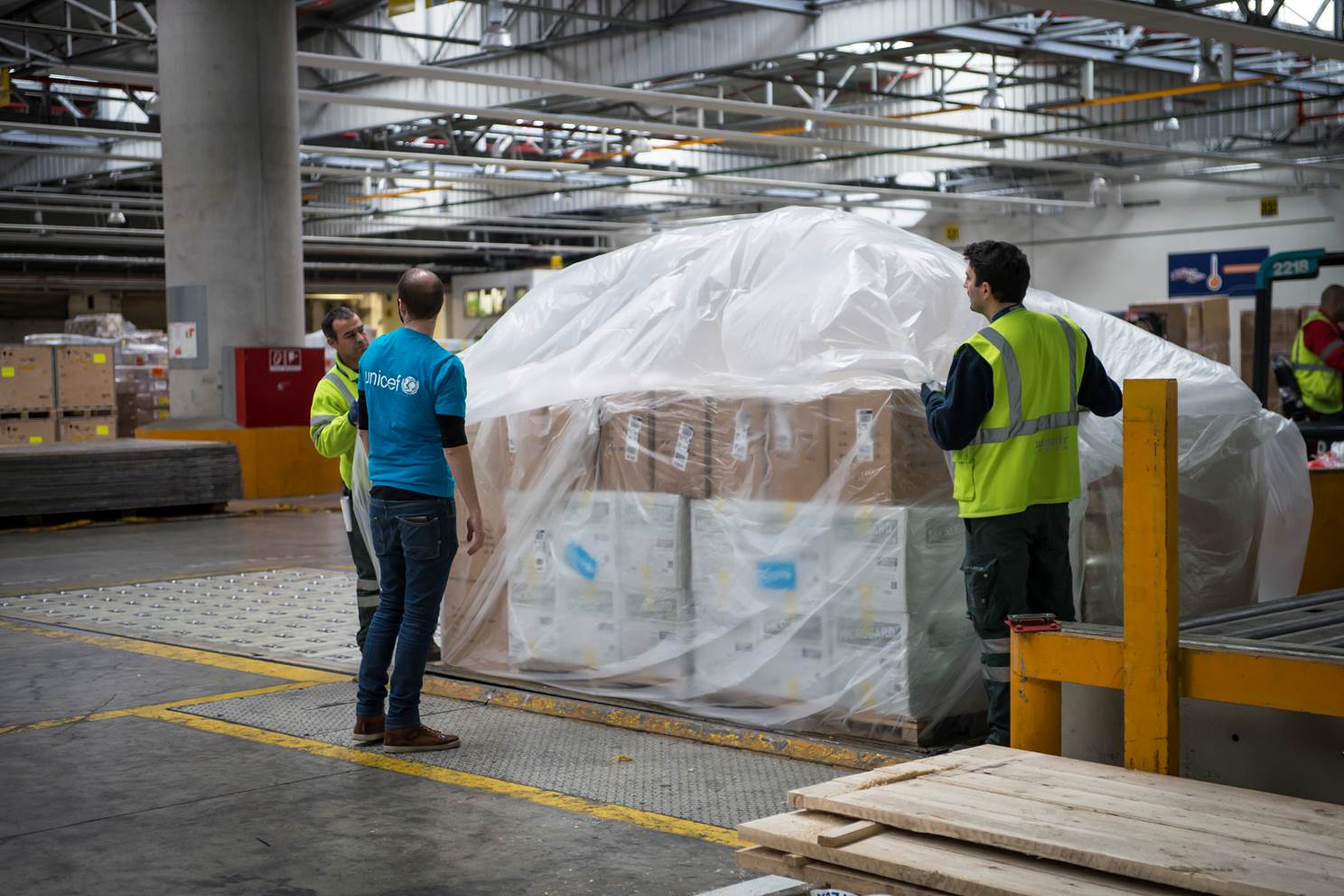 Panalpina has joined forces with the United Nations Children’s Fund (UNICEF) to support the ongoing fight against the Ebola crisis, donating a charter flight from Luxembourg to Freetown in Sierra Leone to bring almost 80 tons of vital supplies and equipment destined for community care centres in the Ebola-affected region.

Adding to the industry effort, LuxairCARGO ground-handling staff built up the cargo at no cost beore the flight left early on Tuesday morning

The Panalpina  fight is carrying a range of practical and pharmaceutical supplies to help deal with the outbreak and its aftermath including  protective equipment such as masks, hoods, aprons, overalls and rubber boots; tents; antibiotics; antimalarials; and a great amount of ready-to-use therapeutic food for recovering patients in the treatment centres and for malnourished children.

“The scale of this crisis is unique, with dire and far-reaching consequences. The world’s response must equal the extraordinary and unprecedented challenge posed by Ebola,” warns Elsbeth Mueller, Executive Director of UNICEF Switzerland. “Panalpina’s donated flight is another encouraging example of how, in the midst of this situation, everyone pulls together to help save lives.”

“The festive season should be a time of reflection and consideration, and as we look back over 2014, we think of those in West Africa affected by Ebola,” Peter Ulber, Panalpina CEO, says. “The relief flight will hopefully bring some respite to the people in the region, especially to the many affected children. It’s been our privilege to contribute to the commendable aid efforts in Sierra Leone, and I thank everyone involved.”