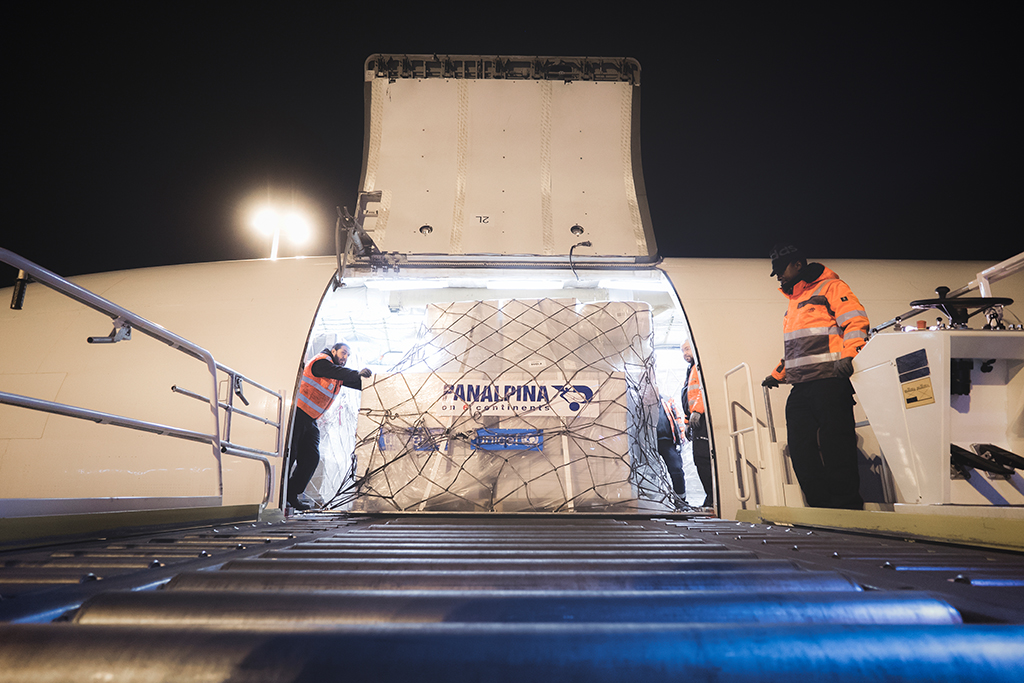 A Panalpina-chartered freighter has landed in Chad with more than 80 tons of life-saving goods for water treatment, sanitation and nutrition programmes.
It is the fourth consecutive year that the United Nations Children’s Fund (UNICEF) and logistics giant Panalpina have joined forces to fly relief goods into Africa. Previous flights went to Burundi Sierra Leone and the Central African Republic.
The Chad relief goods — which included blankets and tarpaulins used for shelter, therapeutic food for malnourished children, medical equipment and drugs — arrived in the country’s capital N’Djamena on a flight chartered and donated by Panalpina.
The Switzerland-based company’s Charter Network division organised the relief flight which left Liège Airport in Belgium. Liège Airport waived 50% of the landing fee.
The goods will address acute needs in the areas of health, hygiene and nutrition but also children’s recreation, particularly in refugee camps.
“Our goal is to reach the most vulnerable children that are in dire need of help. In landlocked Chad, there are many of them,” said Elsbeth Mueller, executive director of the Swiss committee for UNICEF. “We are very grateful for Panalpina’s continued support with yet another relief flight to Africa.”
The emergency delivery has also brought more than 15 tons of therapeutic milk sachets to Chad. They are used to treat severe acute malnutrition in children under five. Nearly 200,000 children under five are affected by severe acute malnutrition in Chad and 3.4m people suffer from food insecurity.
Blankets and tarpaulin used for shelters accounted for 22 tons of the cargo. Since playing is very important and comforting for children uprooted by conflict, thousands of balls, skipping ropes and frisbees have also made their way to Chad.
Panalpina’s chief executive, Stefan Karlen, said: “As in previous years, we decided that a charitable donation in the form of an aircraft charter for UNICEF would be of more value than Christmas gifts for customers and employees. The goal of our donated charter remains the same too: to bring some respite to those who are less fortunate than us, especially children.”