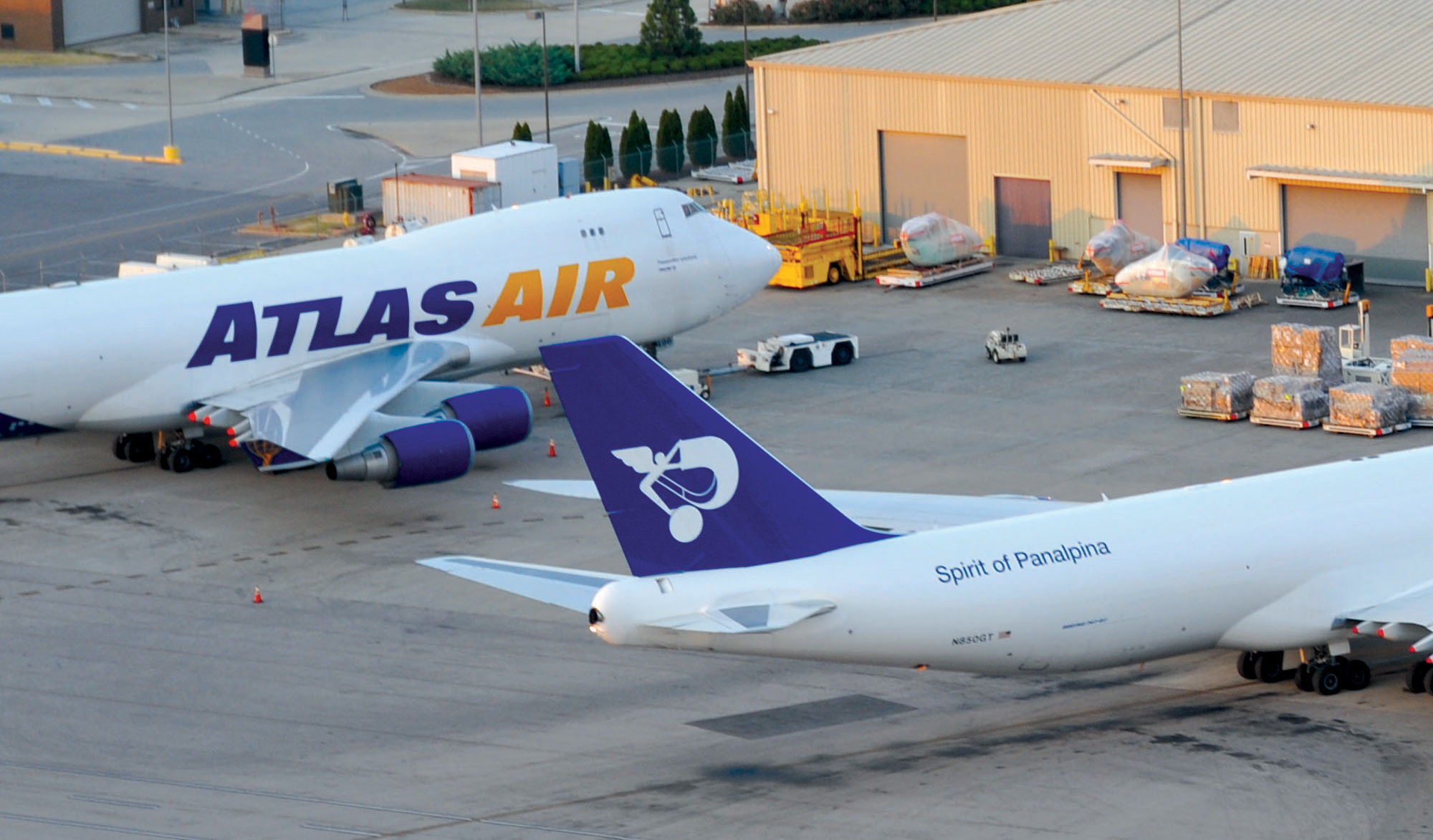 Panalpina is adding a B747-400 freighter service to São Paulo, Brazil, aimed at manufacturers of heavy machinery and equipment for agriculture and mining.
The direct service from US hub Huntsville to São Paulo, called Brazil Wings, has been designed for customers in the mid-west and in parts of the s south eastern US.
As of March, global forwarder Panalpina will operate scheduled charter flights from Hong Kong to Huntsville and from Huntsville to São Paulo.
The extended service is part of the renewed long-term agreement between Switzerland-headquartered Panalpina and ACMI lessor Atlas Air. It offers scheduled main deck capacity to South America from the US and a transit time of less than 40 hours from Hong Kong to São Paulo.
“Our customers in the US have a need for fast and efficient connections to Brazil. The new set-up with Atlas Air, where we switched one of our wet-leased aircraft to 200 scheduled charters per year, allows us to meet this demand effectively,” explains Lucas Kuehner, global head of Air Freight at Panalpina.
As of March 3, Panalpina will initially operate two flights per week from Huntsville to Viracopos airport, São Paulo, with dedicated scheduled charters using Atlas Air B747-400 freighters.
Roberto Schiavone, head of air freight for the region Americas at Panalpina, says: “The new service is tailored to companies that manufacture heavy machines and equipment for agriculture and mining.
“Brazil, with its large agricultural and mining industries, is an interesting market for these companies, but getting the goods there can be challenging. So far, the companies had to export via large, congested airports with limited freighter capacity.
Schiavone adds: “We offer an alternative – scheduled main deck capacity to Brazil from an uncongested airport that puts high priority on cargo.
“Export cargo can be easily trucked to our unique air freight gateway in Huntsville. There we offer an airside facility and short distances. This allows for fast expediting and full control on the ground. In addition, customers benefit from cargo consolidation and customs clearance services.”
Panalpina provides daily road feeder services from more than ten major US cities to Huntsville. From the Chicago area, with its important manufacturing base, transport to Huntsville takes as little as 16 hours. Panalpina also manages import customs clearance and delivery to the final destination in Brazil.
The freighter flights from Huntsville to São Paulo connect with the freighter flights coming in from Hong Kong.
“We can fly cargo from Hong Kong to Viracopos via Huntsville in less than 40 hours,” says Matthias Frey, global head of Panalpina’s controlled air freight network.