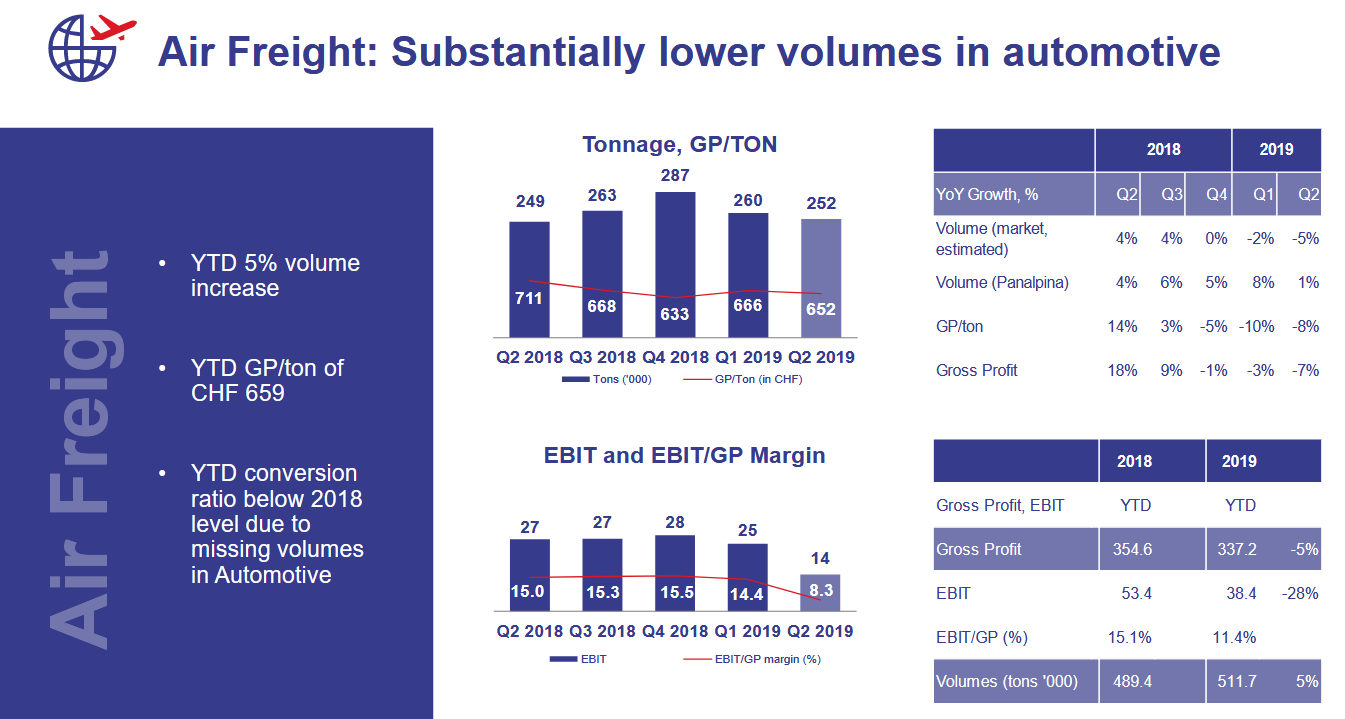 Panalpina recorded an increase in airfreight volumes in the first half of the year despite competitors targeting its volumes and the overall market downturn.

The freight forwarder recorded a 5% year-on-year increase in first-half airfreight tonnage to 512,000 tonnes thanks to acquisitions, while air revenues declined by 2.6% to SFr1.5bn and gross profit was down by 4.9% to SFr337m.

Substantially lower volumes in the automotive sector led to the decline in gross profit, the forwarder said.

The volume increase comes despite the overall air cargo market coming under pressure – over the first five months of the year IATA figures show that airfreight traffic has declined by 3.3%.

The company said that following the news that the company would merge with DSV, rivals had targeted its customers.

“After it was announced that Panalpina and DSV would join forces, our competitors went more aggressively after our business in the second quarter, but we stood our ground,” says Panalpina chief executive Stefan Karlen.

“The decrease in gross profit was chiefly the result of lower margins in air freight and lower volumes from the automotive sector, which shifted into reverse gear. Nonetheless, group EBIT and profit almost reached last year’s levels. Given these circumstances, our stable half-year results are a respectable achievement.”

“In a highly uncertain macroenomic and political environment, and against the backdrop of contracting air and ocean freight markets, we will continue to provide our sought-after expertise to existing and new customers,” said Karlen.

“During the coming weeks and months, our focus will remain firmly on living up to our reputation in the market and delivering outstanding service quality.”