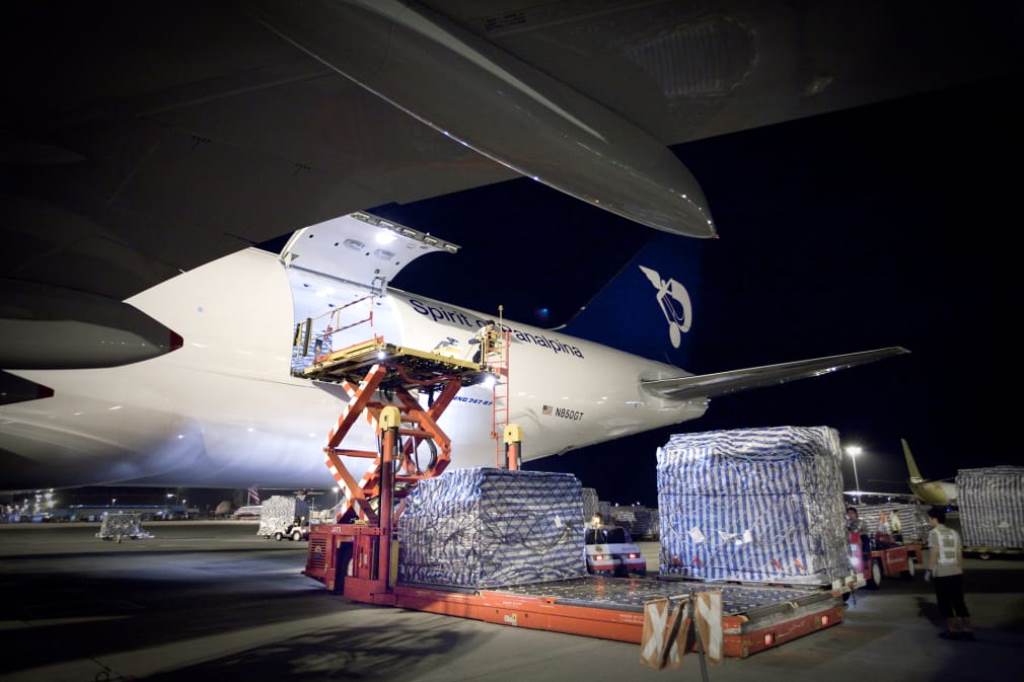 Panalpina has handled more than 1m tonnes of airfreight in a year for the first time, with three charter flights to New York on behalf of a fashion customer helping to set the new record.
The forwarder completed three charter flights with fashion garments from Italy and Switzerland to New York in less than a month to meet demand from one of its fashion customers.
When its Boeing 747-8F Spirit of Panalpina aircraft landed in JFK New York on December 18, it marked Panalpina’s 1 millionth ton of airfreight this year.
“With 12 days left of the year, we will reach the highest volume in our company’s history for the second year in a row,” said Lucas Kuehner, Panalpina’s global head of airfreight.
Kuehner said Panalpina had achieved the milestone despite air cargo growth easing after a stellar 2017.
“This was to be expected," he said, "2017 was really an exceptional year with a market growth of 10%. We estimate airfreight market growth for 2018 to come in at 3-4%, which, in absolute numbers, still signifies good growth."
He added that throughout the year, carriers have managed capacity well, which led to a lower share of allocations and block-space agreements as well as higher rates to the tune of 15-20% on selected trade lanes.
For Panalpina, China to Europe, Europe to China, Europe to the US and China to the US were the strongest airfreight trade lanes in 2018. US airfreight exports developed strongly towards the end of the year.
“The disciplined capacity management gave the carriers room to play in the spot market in anticipation of higher rates and potentially more attractive ad hoc charters during peak season. As a result, capacity has been scarce on selected trade lanes. The few freighters that were delivered in 2018 mostly went to the integrators, adding to the capacity crunch,” explained Kuehner.
As part of the Panalpina Charter Network, Panalpina charters either whole aircraft or arranges part-charters. This happens on both a scheduled and ad hoc basis.
Read more freight forwarder news
Click here for a free digital subscription