Profits continue to soar at Kuehne+Nagel in Q1 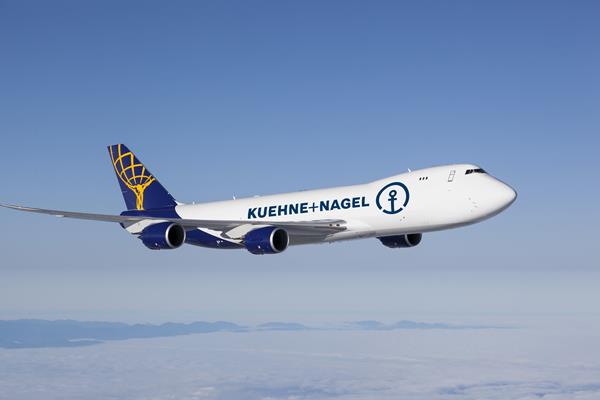 Kuehne+Nagel (K+N) saw its overall and airfreight profits continue to soar in the first quarter of the year as supply chains remained under pressure and demand continue to improve.

The forwarder reported an increase in airfreight revenues of 91% year on year to SFr3.1bn on the back of a 32.6% increase in air volumes to 574,000 tonnes.

Earning before interest and tax (ebit) in the air division were up 161% to SFr 425m.

The company benefited from higher rates due to ongoing disruption in supply chains and also its acquisition of Apex logistics, which began to be included in the forwarder’s results from May last year.

K+N said that acquisitions had contributed to just over 30% of its airfreight ebit this year.

“The sudden closure of Russian airspace led to multiple changes in airfreight routes between Asia and Europe,” the company said.

“Together with the overall limited capacities, this led to a significantly higher operational workload in the first quarter of 2022.”

The two aircraft will be chartered on an exclusive basis and will be deployed on international routes from the third quarter of 2022 (continues under dashboard).

“K+Nl was well prepared for this scenario and we were able to reliably meet customer demands for high-quality logistics services.”

Looking ahead, the company said that global GDP growth projections had been weakening at currently stood at 3.5%.

K+N said there were also inflationary pressures triggered by war in Ukraine, inefficient supply chains marked by ongoing network disruption and congestion and that stabilisation is dependent on consumption patterns and infrastructure investments.