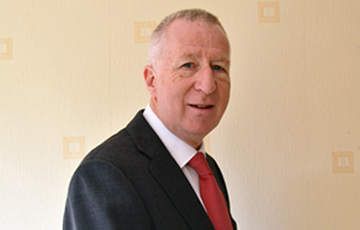 The British International Freight Association (BIFA) has named Robert Keen as its new director general, to succeed Peter Quantrill who retires from the UK trade association in August.
Mr Keen joined the industry in 1970 and worked for a succession of forwarders before joining BIFA in 1999. He was appointed an executive director in 2009.
He is also chairman of the FIATA Multimodal Institute and a member of FIATA’s extended board;  vice chairman of CLECAT’s Maritime Logistics Institute and a member of the CLECAT’S Board. He has also been chairman of the United Kingdom Air Cargo Club.
BIFA national chairman Carson McMullan commented: “We are delighted that Robert Keen has accepted our offer of promotion to Director General. He has had an excellent record of achievement since he joined BIFA and enjoys a great relationship with the membership.
“His challenge will be to continue to develop BIFA’s four key objectives – representation and lobbying; the provision of advice and information; promotion and training – objectives to which Peter Quantrill, our director general for the last seven years, made a significant contribution.
“As the head of the established representative body for the international freight industry, Peter has provided the leadership of BIFA that has helped us to support our members in their efforts to secure their development in the global economy against a background of ever changing customer demands and new legislation.”
Mr Keen added: “I am really pleased to be offered the opportunity to lead the trade association and am looking forward to working with the talented team within its board of directors, council and regional committees, as well as the management team in its secretariat. Working together, we will drive forward BIFA’s representative role and deliver results for our membership.”