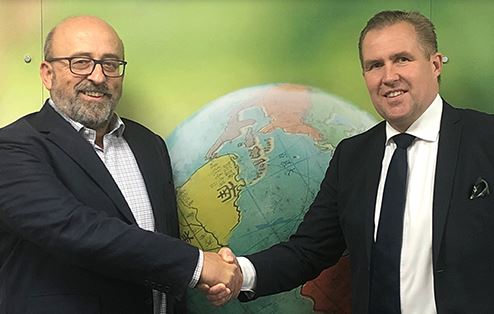 Fast-growing Scan Global Logistics (SGL) has added a presence in the UK through the takeover of Horizon International Cargo.

SGL said that having a presence in the second-largest market in Europe is a “strategic move pivotal to the company’s long-term strategy and the continued development and expansion of the European part of the organization”.

The forwarder added that the acquisition will enable it to pursue new business opportunities and have an improved position in key trade lanes.

Ragnar Dalen, executive vice president of corporate development, said: “The new locations are important pillars in our strategic growth plans, not only in the UK but also in the rest of the world.

“Horizon’s offices in Japan, the Netherlands, Spain, and the US will further strengthen our existing setups and help us reach our goals in these countries.

“Furthermore, we are excited to help our customers uncomplicate the increased complexities in the aftermath of Brexit through the vast experience of Horizon’s import and export customs departments.”

The deal comes just weeks after SGL announced the purchase of New Zealand forwarder Orbis Global Logistics as it targets a position as one of the world’s top 15 airfreight forwarders.

In August, SGL global chief operating officer for sea and airfreight Mads Drejer said the company had plans to become one of the world’s top 15 airfreight forwarders over the next five years.

Drejer said SGL is currently in the top 40 air forwarders with volumes of around 100,000 tonnes per year.

In line with this ambition, SGL has purchased around 10 companies over the last five years.

SGL’s most recent acquisition came three months ago when it purchased Grupo Contenosa, a Spanish family-owned logistics service provider with a presence in the Mexican market.

SGL also opened its first office in France in April, although it already had extensive business in the country through agents.

In January SGL signed a definitive agreement to acquire the air and ocean activities of US logistics firm Werner Enterprises.