Take me to your loader: DB Schenker tests autonomous robots in Leipzig warehouse 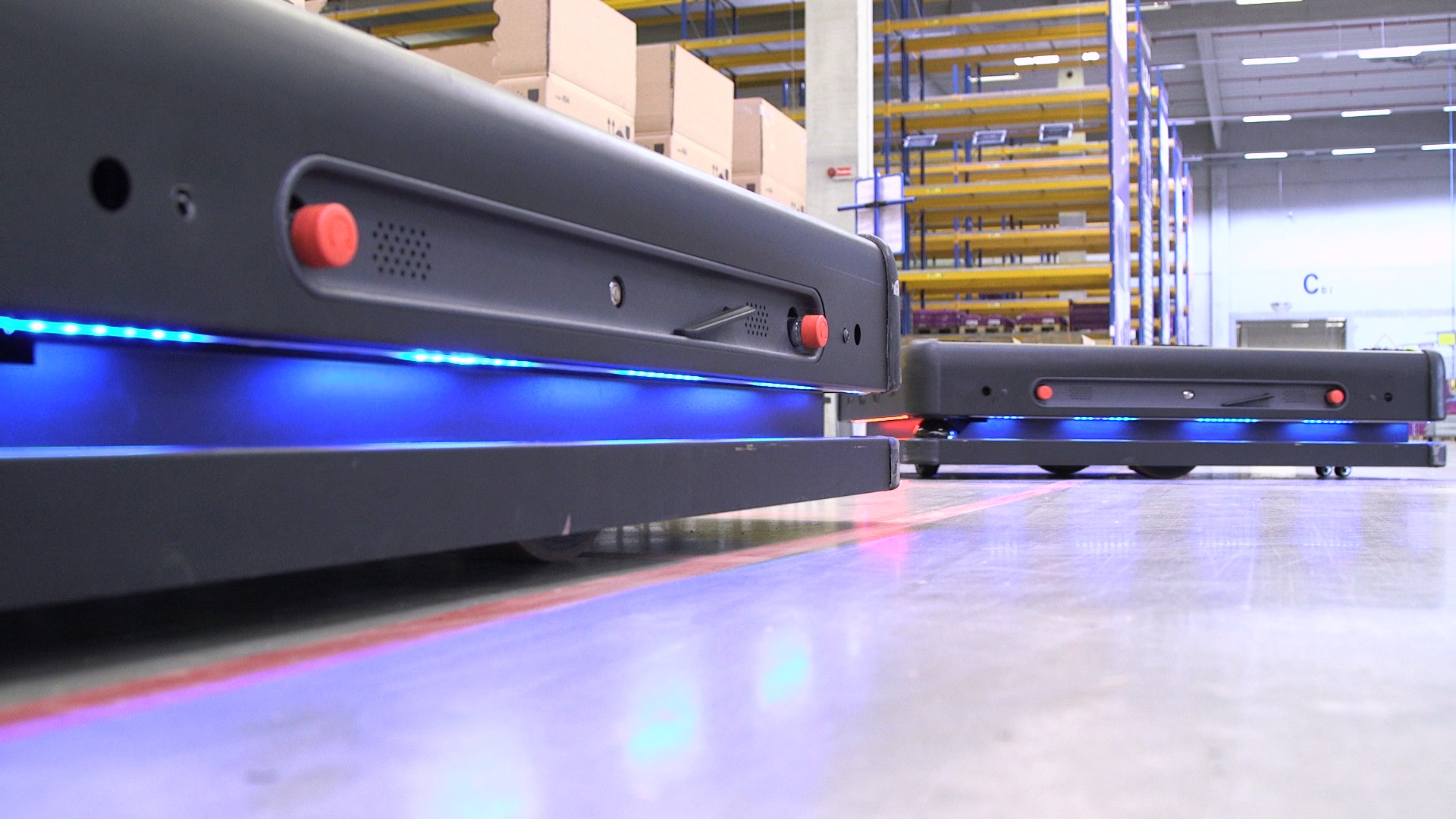 DB Schenker has introduced autonomous robots at its Leipzig warehouse in a pilot project to build the “next generation” supply chain.

The robots, from manufacturer Gideon Brothers, allow productivity gains by automating logistics processes without the need to modify existing warehouses.

Xavier Garijo, board member for Contract Logistics at parent group Schenker, said: “Delivering automation possibilities for logistics and warehouse operations is a foundation for building the next generation supply chain.”

Gideon Brothers’ autonomous logistics robot is equipped with a “visual perception-based robot autonomy system,” which combines deep learning with stereoscopic cameras. With this AI-powered visual perception it is designed to navigate safely around employees and equipment as well as other moving machines.

Each robot is capable of moving a 800 kg load and uses a “hotswappable” battery system, allowing minimum downtime for recharging.

The robots at the Leipzig warehouse are part of a pilot project to automate tasks associated with regular order fulfillment, speeding it up and allowing employees to focus on more complex tasks.

A few weeks into the project, DB Schenker expanded the pilot by adding a significant number of new pick-up and drop-off points.

The flexibility of the system is showcased by both the expansion and the ongoing fine-tuning undertaken by DB Schenker staff.

In the first month of the pilot, a typical distance covered by a robot exceeded 26 km per week. The results of the pilot project will be evaluated in detail after completion.

Matija Kopić, chief executive and co-founder of Gideon Brothers, said: “Our machines perceive the world just like we do – by processing visual inputs and understanding what surrounds them and how it relates to their tasks.

“This is a technological leap. Self-driving machines, powered by vision and AI, will succeed where earlier technology failed – it will become ubiquitous in industrial environments.”