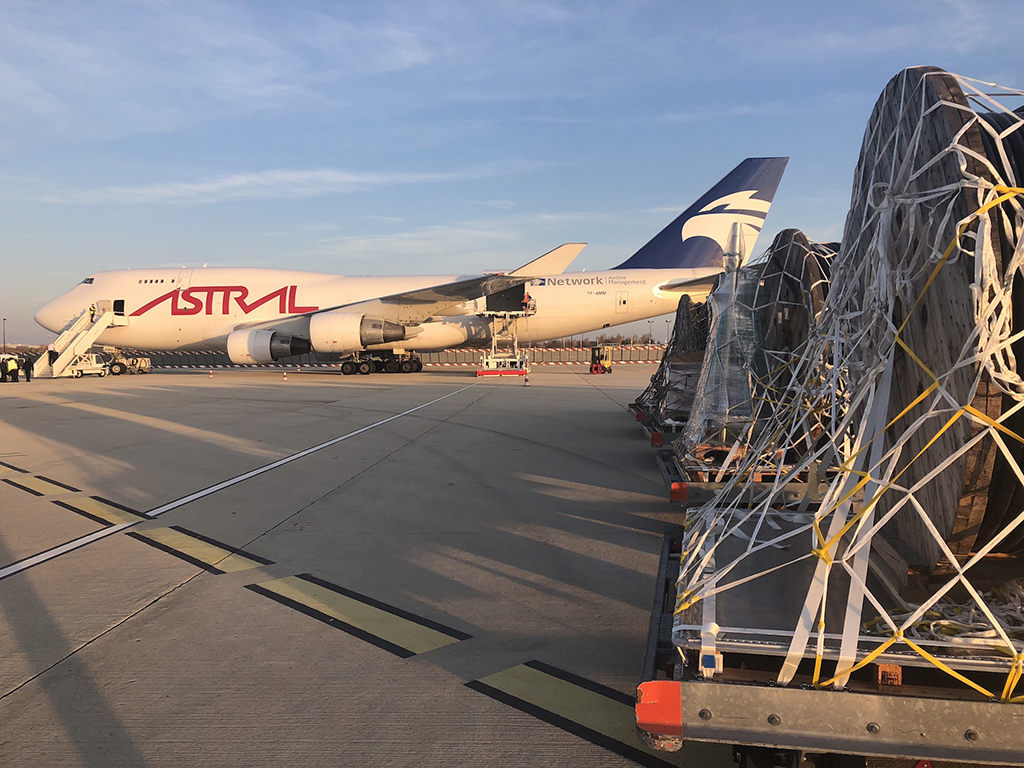 U-Freight Holland has arranged the multimodal shipment of 16 rolls of transmission cables from Europe to Africa.
The cables were required urgently in Chad, where the National Electricity Company (SNE) is rehabilitating power generating assets.
The Dutch subsidiary of the Hong Kong-based logistics company was contracted by Dutch transport group Van der Vlist on behalf of its client, SwitchGear Co.
The shipment was trucked from Greece on four separate vehicles to Paris-Vatry airport and then by direct freighter flight to N’Djamena International airport.
U-Freight worked with an air charter broker to secure dedicated space on an Astral Aviation Boeing 747-400 freighter.
The 16 reels, each weighing five tonnes and with a total cable shipment length of 16 km, were loaded at Paris-Vatry.
U-Freight Group chief executive officer Simon Wong explained that, in its initial briefing, the client emphasised the urgency of the delivery, which ruled out a seafreight option.
Said Wong: “Dedicated air charters can be extremely expensive and we had to reject offers from some airlines that we approached.
“Thankfully, we found a good partner in Astral Aviation, which offered an option that was much more reasonable and cost-effective in the opinion of ourselves and our client.”