UAE sea-air still has a future despite decline 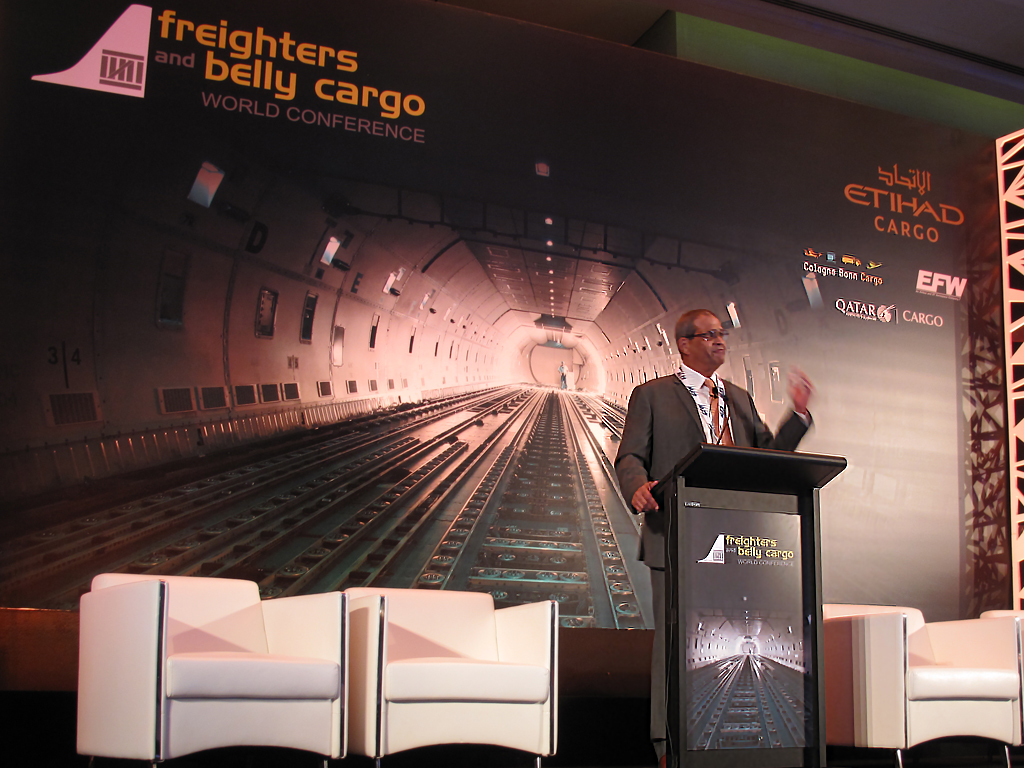 Sea-air services using the UAE as a hub still have a future because of the growing African market, according to one speaker at the Freighters and Belly Cargo Conference.
Dubai National Association of Freight and Logistics president, David Philips told delegates that sea-air volumes through the UAE had declined by around 40% a few years ago to around 3,000 tonnes per month today, although he admitted it was hard to provide exact figures.
He said the decline was down to the growth of competing hubs, such as Singapore, with cheaper rates and shorter sea transit, along with general challenges to the sea-air model.
However, he was still confident that the model would remain relevant in the region and new opportunities would open up as Emirates and Etihad opened new routes.
“Africa consists of many countries that are land linked, which means supply chain inefficiencies,” Philips said.
“But when Emirates and Etihad start flying to new destinations a new sea-air route is born and that drives the sea-air product.
“If it takes 15 days to take a container from a port to destination, then people will use sea-air,” he said.
There were also challenges to the sea-air model, for example the growth in the number of rail services from Asia to Europe that are cheaper than sea-air and offer better transit time than ocean.
To compete with other sea-air hubs, the UAE needed to remain cost competitive and the transfer from port to airport needed to be efficient in terms of transport infrastructure and policy.
He gave the example of seaport and airport Customs authorities both inspecting the same cargo, although the industry had managed to remove this hindrance.
He also expected that ocean carriers could begin to speed up services – making them more attractive against sea-air – if fuel prices remained low and overcapacity in the industry eased.
But he said the sea-air model would always have a place in the industry, even on the Asia-Europe trade lane where rail services were competing.
“If you cannot get your product on the shelf then it will be airfreighted, or to save a few cents sea-air could be used.
“Sea-air is driven by the customers’ need of ‘when do I need my product? I have missed the last ship, do I need to send it by airfreight, or can I use sea-air?’ That’s where this product will always have a role.”