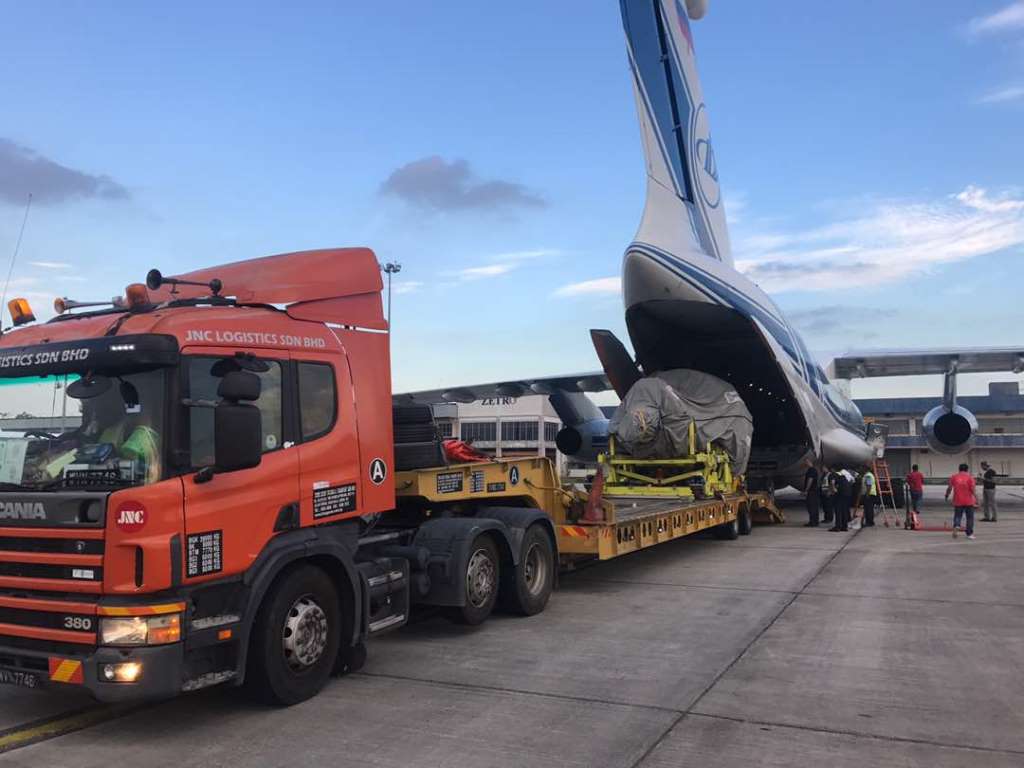 Members of the X2 Logistics Network recently teamed up to urgently airfreight various aircraft parts from around the world to help get a stranded aircraft back in the air.
The logistics network came together for the aircraft on the ground (AOG) operation when an Air Asia X aircraft became stuck in Perth after suffering a mid-flight engine failure.
Parts were transported from Malaysia, Hong Kong, France, UK and USA using multiple X2 Members from those countries.
The biggest piece to be transported, a $23m Trent 700 aircraft engine weighing 6.9 tons and with a length  of 5.6 metres, was handled by AGX. To complete the move, the company chartered an Ilyushin Il-76 and a Boeing B747F to transport the engine from Kuala Lumpur International to Singapore and then to Perth.
Meanwhile, Royale international chartered another B747 from Hong Kong to move the engine nose cowl from Xiamen to Singapore, which was then picked up by team AGX to be delivered to Perth on the B747 it had chartered. The Nose cowl itself weighed a massive 11 tons.
Meanwhile, Executive Air & Sea Logistics had to move the thrust reversals from the Charles De Gaulle Airport in France to Perth, JAG – UFS had to move a large quantity of single spare parts and other spare equipment from London and AWA moved the remaining spare parts and equipment from the US.
Read more charter company news