Antonov Airlines moves pharma equipment from Germany to the US 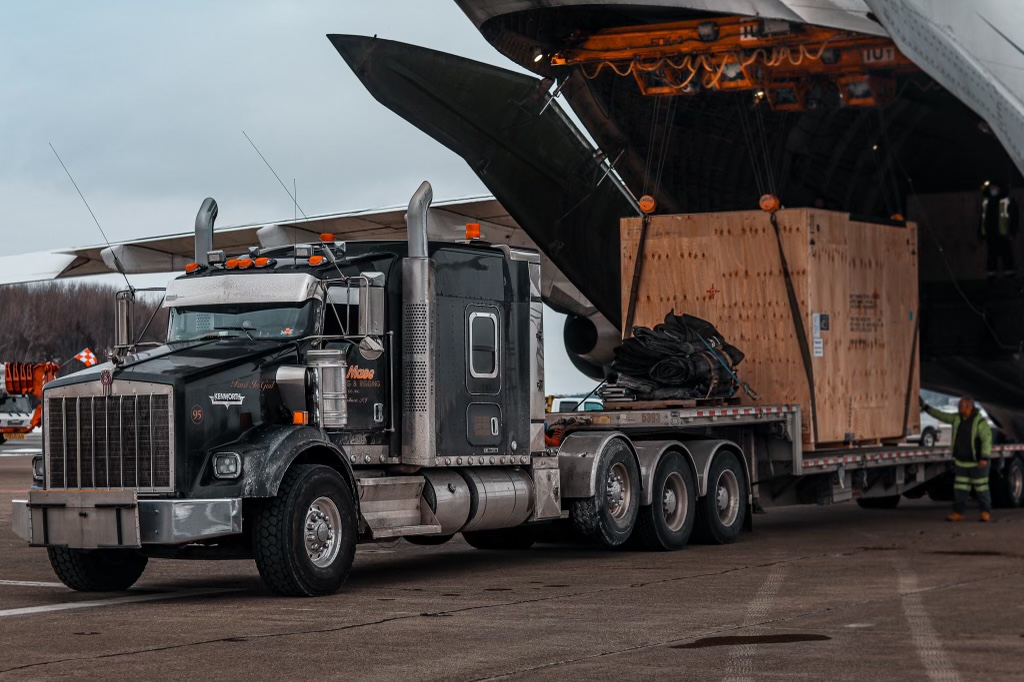 Antonov Airlines has carried pharma equipment, destined for Covid-19 vaccine production, from Germany to the US.

DHL Global Forwarding chartered the Ukraine-headquartered carrier to move the equipment on six AN-124 flights.

The equipment was loaded and unloaded onto the aircraft using external cranes, as well as the carrier’s in-house developed loading equipment. It was then transported from Frankfurt-Hahn Airport to Baltimore in Maryland, and Kinston Regional Jetport in North Carolina, both in the US.

“Heavy snowfall across the US meant a change in arrival airport for one of the flights from Baltimore to Stewart International Airport, New York, was required to ensure the safe delivery of the cargo,” the carrier said

Dmytro Prosvirin, head of customer service department at Antonov Airlines, added: “It is a global effort in the fight against the coronavirus pandemic and we are honoured that Antonov Airlines played a key role in this.”

The country’s aviation administration said that the preliminary investigation into the incident identified that the source of the engine failure was the destruction of the fan disk.

Thе administration requires that a one-time inspection of the fan disk for D-18T series three engines is carried out within six months or when the engine reaches 250 hours.

“If during the inspection the defects of the fan disk are detected, the fan wheel must be replaced with the serviceable one,” the administration said.