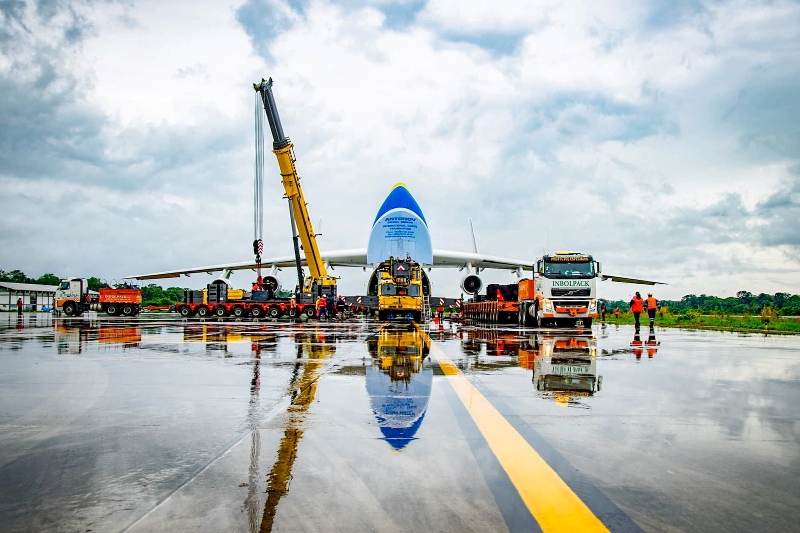 Antonov Airlines is bringing its AN-225 Mriya into commercial operation as customers face limited heavylift capacity.

The 250-tonne capacity Mriya had been taken out of action earlier this year for routine maintenance, but will be back in action next week.

The availability of heavylift capacity has been reduced following Volga-Dnepr’s decision to ground its 12 AN-124 aircraft on safety grounds after one of its aircraft was forced to make an emergency landing.

The carrier’s An-124-100 fleet will remain suspended until an investigation by the Federal Agency for Air Transport, which seeks to identify the cause of an “aviation incident” on November 13, is complete.

“There is a surge in demand for AN-124 aircraft at the present time and therefore Antonov Airlines is doing its best to help customers in this difficult situation and support them worldwide, providing the required airlift capability,” said Andriy Blagovisniy, commercial director, Antonov Airlines.

“Taking into consideration the current very limited availability of AN-124 aircraft on the market, we are giving priority to time-critical cargo and to give additional lifting capacity, we will enter our AN-225 aircraft into commercial operation after running routine maintenance.”

Antonov also operates a fleet of seven AN-124s, two with a capacity of up to 150 tonnes.

Earlier in the year, the AN-225 was actively involved in delivery of humanitarian and medical cargoes and safely transported more than 1,300 tonnes of such cargoes to fight the Covid-19 pandemic.

On November 13, the Volga-Dnepr AN-124 suffered an uncontained engine fan disk failure of series D-18T, which resulted in engine failure and the loss of control systems.