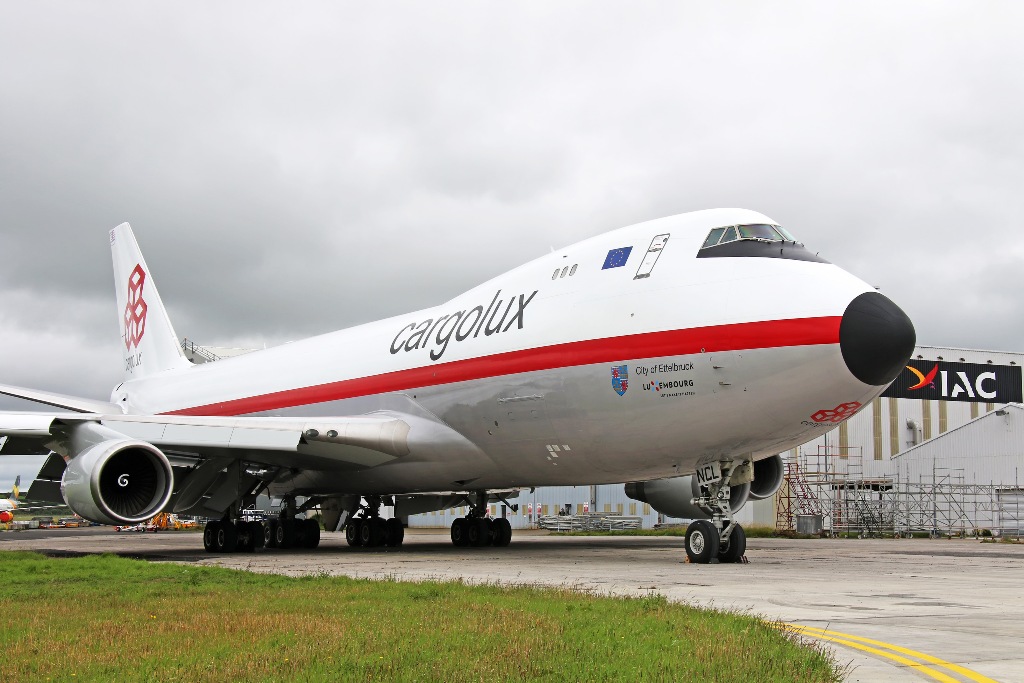 Cargolux is celebrating 50 years’ of operations by carrying out a special flight with one of its Boeing 747-400ERF freighters.

The aircraft (LX-NCL) sports retro livery, inspired by the design that Cargolux’s first airplanes bore in the 1970s, which combines “vintage visual with the iconic lines of the jumbo jet”.

The aircraft is expected to land in Luxembourg, where the carrier is headquartered, at 15:45 BST (16:45 local time) today.

“The airline’s initial fleet comprised Canadair CL-44 swing-tail freighters [pictured below]; unique models that were quickly complemented by the Douglas DC-8 as the company moved into the jet age,” the carrier said in a statement. 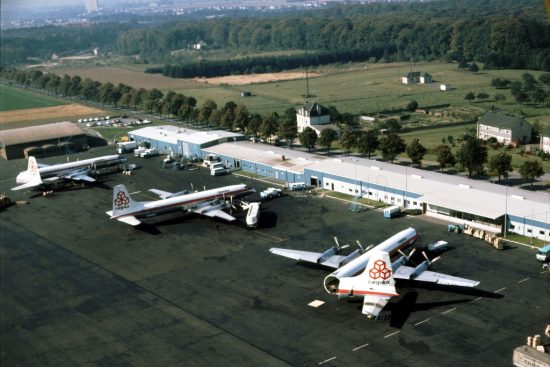 Cargolux had planned to celebrate its 50-year anniversary with several events, including the inauguration of its brand-new headquarters in Luxembourg. However, in light of the Covid-19 outbreak, “the company has taken the decision to cancel these gatherings”.

“Cargolux is extremely proud to have served as an air bridge especially with China, Asia and the rest of the world in bringing vital medical supplies not only for the country but also for the rest of Europe and other impacted parts of the globe,” the carrier said.