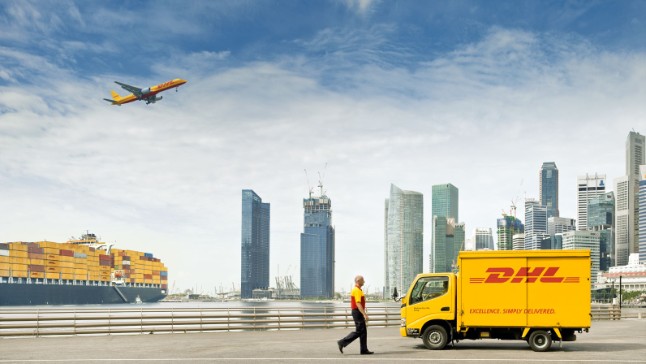 DHL Express is preparing to carry out a demonstration flight on July 1 from its hub at Leipzig/Halle Airport to JFK International Airport in New York City.

The purpose of the flight — which will be carried out under “real operating conditions” with an Airbus A330-200F loaded with 60 tonnes of cargo — is for the aircraft to “consume a considerably lower amount of fuel and generate reduced CO2 emissions” in the less busy airspace currently available as a result of the Covid-19 pandemic.

The jet fuel saving of the flight is anticipated to be 1 tonne, which corresponds to a 3.15 tonne reduction in CO2.

The flight is scheduled to take off on July 1 from DHL’s hub at Leipzig/Halle Airport at 3:15am (CEST) and will arrive in New York City at 12:05pm (CEST) on the same day.

In a statement, the company explained: “DHL’s operating airline, European Air Transport, has identified more than 50 actions to support a ‘perfect flight’ that will save jet fuel and reduce CO2 emissions. These range from a pre-flight engine washing to improve aerodynamics, to route optimisation using a state-of-the-art flight planning system and an optimal take-off route (unrestricted climb to cruising altitude from Leipzig/Halle Airport), right through to a best possible descent procedure at New York JFK International Airport where the aircraft descends at a constant angle with minimum engine power”.

Alberto Nobis, chief executive of DHL Express Europe, commented: “We want to get our customers’ shipments to the desired destination country as fast as possible. That is why we have locations in more than 220 countries and territories around the world.

“We are also aware of our responsibility towards the environment and we try to use innovative technologies to apply all possible levers in our logistics chain to become more efficient and environmentally friendly. Optimal routes and less jet fuel consumption will help us to become even greener.”

Roy Hughes, executive vice president of DHL Network Operations Europe, added: “We are delighted to have so many partners on board for this flight.

“With this demonstration flight we can gain important insights for the air transport industry and contribute to the Deutsche Post DHL Group’s climate goal of net zero emissions from transportation.”

This demonstration flight is part of a number of initiatives that Deutsche Post DHL Group is carrying out in an attempt to make logistics and aviation as environmentally friendly as possible.

Other examples include the renewal of its Airbus A330-200F, as well as the acquisition of 14 new Boeing 777F aircraft, which generate up to 18% less CO2 emission.

DHL also opened a new environmentally friendly logistics centre at Cologne/Bonn Airport in 2019 and it has “invested heavily” in the modernisation of its airfreight operations in recent years.

The company concluded: “Deutsche Post DHL Group uses green alternatives to conventional fuels in various operations. Within the framework of its membership of aireg e.V. and the Global Alliance Powerfuels, the company is pressing ahead with the development of sustainable fuels such as bio-fuel or e-fuel. For road freight, electric delivery vehicles already account for a significant proportion of the company’s fleet.”