European Aviation responds to pandemic with plans for A340 cargo fleet

For most of the aviation sector, the coronavirus pandemic has brought unprecedented disaster. But for one operator, it has created an opportunity – and a potential new lease of life for a long out-of-favour widebody.

European Aviation, based in Bournemouth in the UK, had specialised in aircraft conversions and trading since abandoning a passenger aircraft charter business following the 2008 financial crisis, although it retained its own air operator certificate.

But after responding to an urgent request to transport personal protective equipment from Malaysia to the UK three months ago, founder Paul Stoddart believes cargo will continue to be an under-served market as the industry recovers, and plans to be operating up to 10 Airbus A340 converted-freighters by the end of the year.

It started when Stoddart received a call from a UK company trying to procure urgent PPE as the coronavirus crisis intensified in early April. He decided to commission as improvised freighters two former Virgin Atlantic quadjets the company had acquired in late 2019 – obtaining approval from the Maltese authorities, where European Aviation has its AOC.

“Somebody obviously knew we had the aircraft and that we could react quickly,” says Stoddart, a motor racing entrepreneur who founded European Aviation 30 years ago. “It took 17 days from that first phone call, to us operating our first flight.” 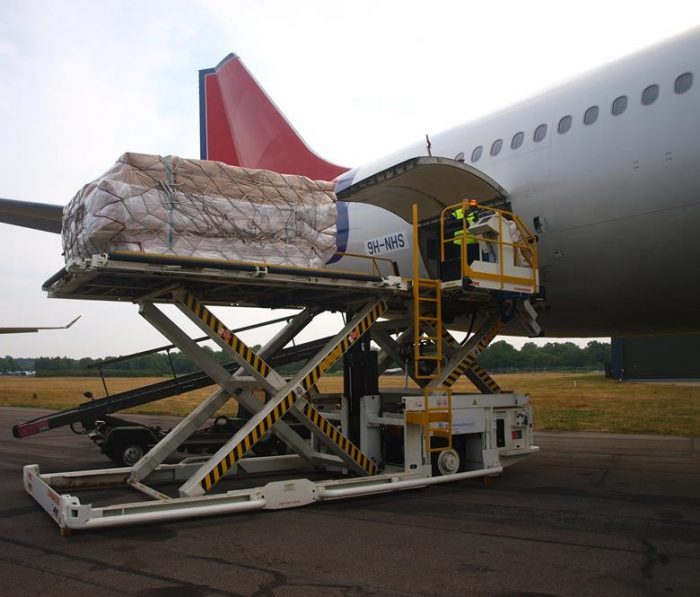 The company flew its first cargo service on 24 April and has since completed more than 40 flights using five former Virgin Atlantic A340-600s along with an ex-Eithad Airways example. The first 10 missions were completed with the seats still in place, but since then European Aviation has removed the internal fittings to create additional capacity, allowing it to fill the passenger cabin with lightweight packages under a temporary exemption from the European Union Aviation Safety Agency.

Stoddart says that with the seats removed, the A340-600 can carry 40,000kg (80,400lb) of freight in the passenger cabin in addition to 52,000kg or 14 PMC containers in the belly. However, because the cargo carried in the main cabin comprises mostly light boxes, “we bulk out before we weight out”.

High fuel prices doomed the A340 programme a decade ago, with most of the remaining fleet being retired with the onset of coronavirus. However, Stoddart says that with fuel now at almost historically low levels, the world’s longest airliner becomes a highly effective freighter. “The A340-600 has fantastic range. You can carry large loads as long as you are sensible about what you put upstairs,” he says.

Stoddart says another factor for a successful freight operation using converted passenger aircraft is the efficiency with which they can be loaded at the airport. European Aviation uses a conveyor ramp and an on-board roller system for the upper deck, easing the manual loading process. “We have got our loading times right down and can unload and load in 4h,” he says.

Regulatory requirements for operating improvised freighters and temporary visa restrictions associated with the pandemic have been challenges. Each European Aviation flight has a crew of three or four pilots, together with two cabin crew, two flight engineers and two wardens – more than the rules require but reflecting a “safety first” philosophy, says Stoddart.

He now wants to apply for a supplemental type certificate that would allow European Aviation to permanently convert passenger A340s to freighters in Bournemouth. The programme will include the installation of fire suppression equipment but not a large freight door. “Our aim is to have the STC by the end of September,” he says. 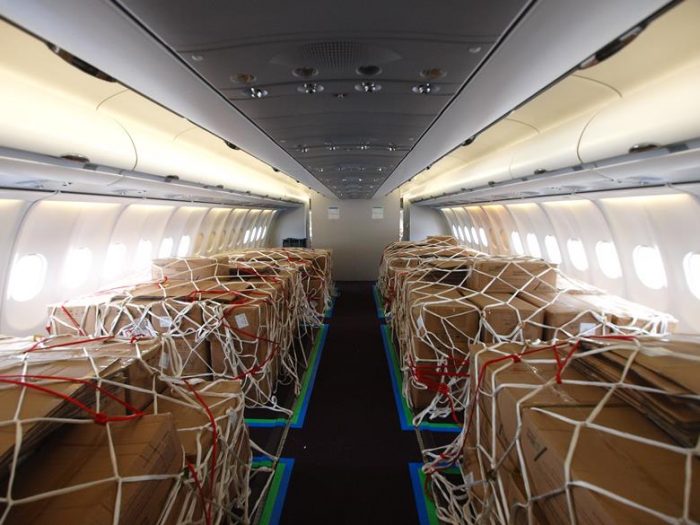 Stoddart is confident that demand for cargo flights will continue to outpace supply even as passenger flights resume. “No one would be happier than me if the world got back to normal, but that may not be for several years,” he says. “We will be bringing in PPE for a long time, including gloves and face masks, at least into 2021.”

The other driver will be a rise in online shopping, which will continue to drive the need for specialist cargo flights, he believes. “I would like to see European Aviation emerge with a fleet of six to 10 freighters, a nice little operation running mainly out of Bournemouth. Even post-Covid, online shopping won’t go away and the demand will still be there.”

How coronavirus has turned the airfreight market on its head

One of the strangest sights of the coronavirus crisis has been airliners jetting into near-deserted airports, their cabins brimming with…