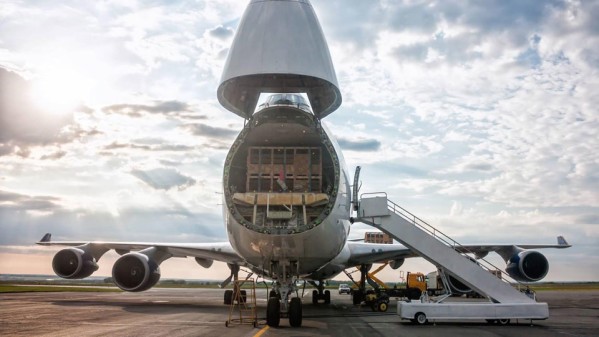 Forwarders are strengthening their chartered freighter operations as bellyhold capacity continues to fall short of demand and the recovery timeframe for the passenger sector remains unclear.

A service from Europe to Africa has been dropped.

Mads Ravn, head of air procurement at DSV, commented: “During a time with many disruptions due to coronavirus, our air charter network has provided stability to our customers and proved extremely valuable.

“We are pleased that customers can now benefit from this premium service on other important trade lanes with our recent expansion.”

The company said it operates at “less congested” airports, such as Luxembourg, Huntsville in Alabama, US, and Macau in Hong Kong, to achieve faster turnarounds on the ground and reduce the risk of delays.

The company said its charter network is ideal for transporting special cargo such as pharma and medical equipment, electronics, large oil and gas equipment, dangerous goods and high-value cargo. 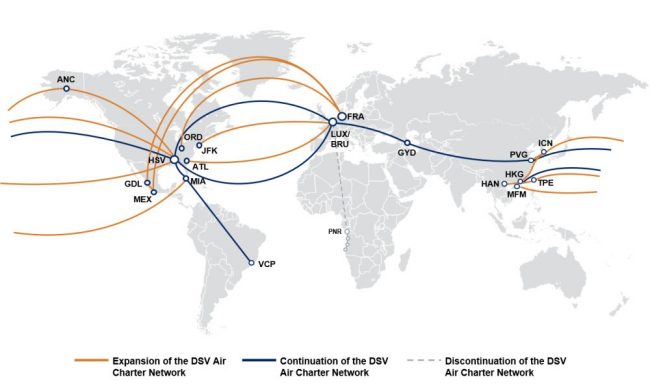 Meanwhile, German freight forwarder Senator International has also expanded its charter operations with the addition of its first Asian destination to its network.

“The new destination is a perfect hub for the Southeast Asia and Australia/New Zealand region,” the company said in statement. “This gives customers even more effective and faster options to safely transport their freight to the desired destination.”

Senator highlighted that its SAB (Senator Atlantic/Asia/Africa bridges) serve four destinations on a regular basis: Chicago-Rockford and Greenville-Spartanburg on the Atlantic bridge; Johannesburg on the Africa bridge and Singapore on the Asia bridge.

Tim-Oliver Kirschbaum, chief executive of Senator International, commented: “With this new destination, we are building a direct bridge to Asia.

“Singapore Changi Airport serves as an ideal hub for transports in Asia and the Pacific. We are thus responding to the increased demand for freight flights in this region from and to Europe.”

Earlier this week, Kuehne+Nagel chief executive Detlef Trefzger said that he expected to continue to rely on freighters for much of the year as a result of airlines grounding passenger services.

He said that at the end of the second quarter, K+N was using freighters for around 90% of its airfreight capacity.

While it expects around 60-70% of bellyhold operations to be back up and running by the end of the year, much of this will be on short and medium-haul routes and not necessarily on the intercontinental services that it relies on for much of its volumes.

“End of this year, we will have 60% to 70% of the belly capacity that should be back, but we will still rely on freighter capacity to a major, major extent,” he said.

The Volga-Dnepr Group has also reported an increase in forwarders looking to secure space on freighter services due to the uncertainty caused by the coronavirus outbreak.