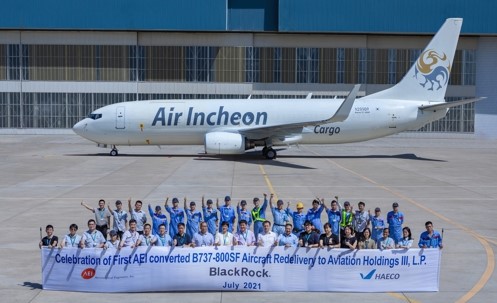 The aircraft is owned by Aviation Holdings III Investments and is being placed with South Korea-based Air Incheon.