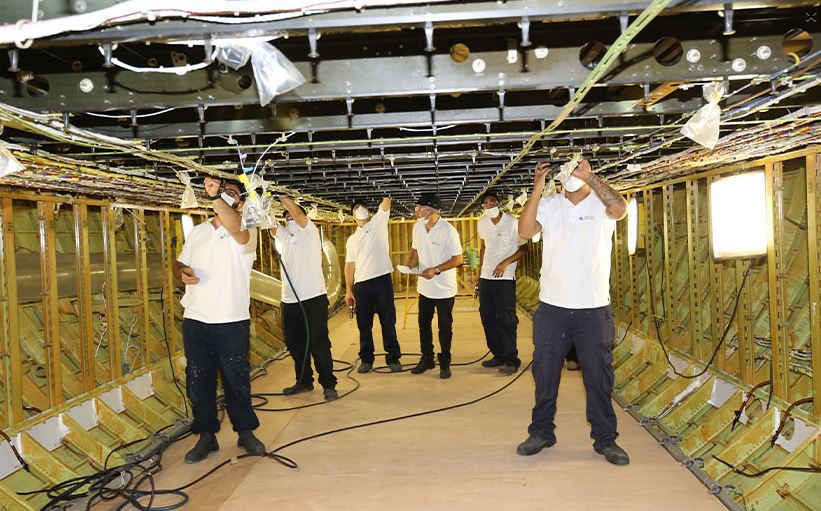 The aircraft maintenance firm said that the beginning of work marks the end of the development process and the start of the structural and systems modification phase.

The conversion process will take approximately 130 days, the company added.

The work includes the installation of a new cargo door, replacing and strengthening the aircraft floor, installing reinforcements near the cargo opening, and modifying electrical systems to enable safe and convenient operation.

The process will include receiving certification for the converted aircraft by the Civil Aviation Authority of Israel (CAAI), the Federal Aviation Administration (FAA), among others.

Executive vice president of the aviation group at IAI, Yossi Melamed, said: “Two years ago, we took our first steps on the courageous journey of the cooperation agreement to convert the B777-300ERSF aircraft.

“Over the course of these past two years, we have invested thousands of hours coupled with engineering and logistical efforts, in order to reach this moment in accordance with the original schedule.”

Melamed added that demand for converting the B777 aircraft is high and IAI expects that open spots for conversions will be quickly filled.

“Since IAI does not have wide competition in the field of passenger to freight conversions, we expect to receive over 50 aircraft that will undergo conversion,” he added.

China-based SF Airlines has expanded its freighter fleet to 72 aircraft. The cargo airline said it recently put a 767-300BCF…