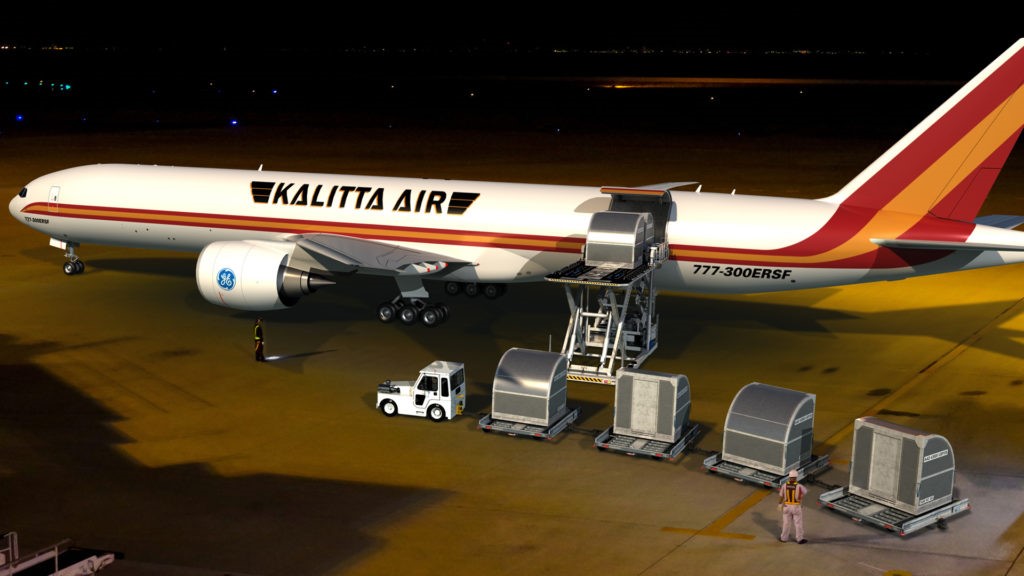 The US cargo airline has signed a deal for three of the B777s, which will be the world’s largest twin-engine freighter, with the aircraft due to be delivered in 2023.

The conversion programme is jointly funded by GECAS and Israel Aerospace Industries (IAI), with GECAS delivering the prototype aircraft to undergo conversion in June of this year.

“Providing air express delivery all around the world for virtually any type of freight, the addition of these three 777-300ERSF freighters will help us meet the needs of our customers,” said Conrad Kalitta, owner of Kalitta Air.

“We are delighted to continue our 15-year relationship with Kalitta Air and [we are] proud they’ve become the launch customer with the 777-300ERSF freighter for its future air cargo operations,” said Rich Greener, senior vice president and manager cargo of GECAS, adding: “The 777-300ERSF shares extensive commonality with the production 777-200LRF. That’s a benefit to any operator looking to bring a new type into their fleet.”

As launch customer and co-founder of the programme, GECAS has committed fifteen firm orders and has fifteen additional options for the type.

At the time of the programme launch, Greener said the -300ERSF’s maximum structural payload of 101.6 tonnes and greater volume than the 777F mean it is optimised for the lower cargo densities of the e-commerce and express operators rather than the traditional general freight operators like Cargolux and Nippon Cargo, which operate with densities of around 9-10lb/cb ft (0.11-0.13kg/cb m).

Greener said that the -300ERSF’s payload range characteristics mean it can serve 95% of routes currently flown by the 747-400F.

The company provides scheduled or on-demand charter service for customers in the US and around the world.