More than 150 aircraft reconfigured as mini freighters in 2020 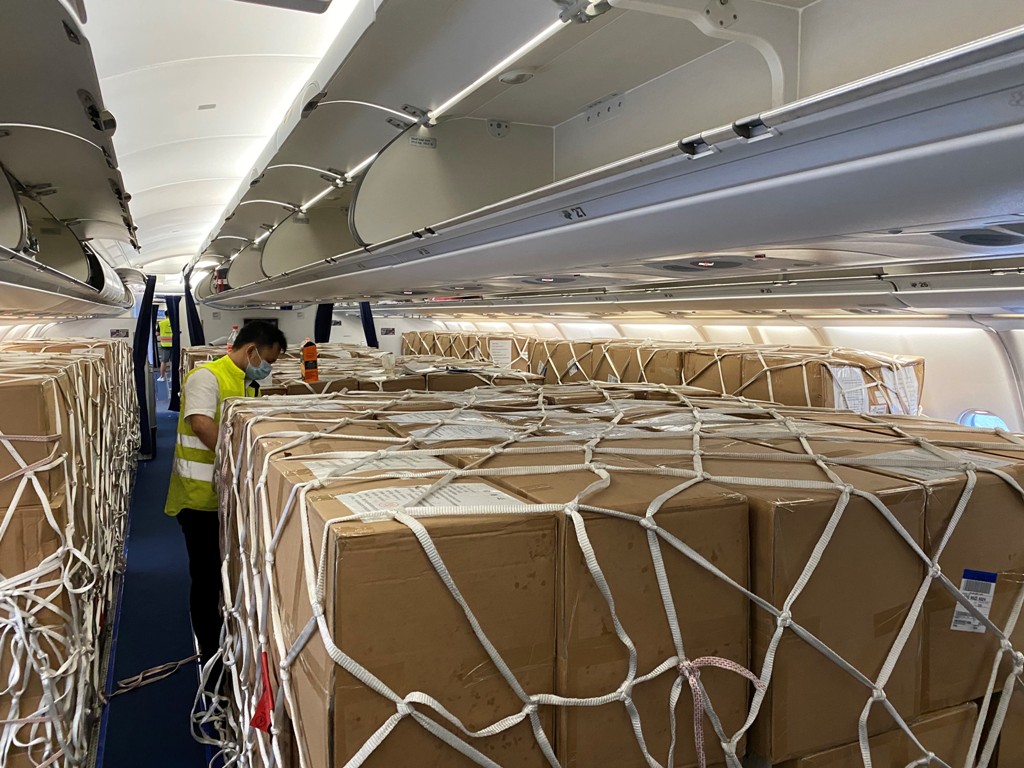 Last year a total of 155 aircraft had seats removed in order to transport cargo in the cabin, according to figures from Cirium’s Airline Insight Review 2020.

The report found that the number of aircraft with seats removed in operation at any one time fluctuated throughout the year, with the peak being reached in June when more than 100 aircraft were flying with reconfigured cabins.

Since then there have been minor fluctuations, with around 90 in operation as the year drew to a close.

Cirium found that widebody aircraft made up the majority of the mini-freighter fleet, with 49 A330s and 45 B777s reconfigured.

Cirium aviation data researcher Bin He said: “China Eastern began by operating flights where boxes were carried in the seats, but by March they were removing the seats entirely, further maximising the cargo capacity of each aircraft.”

The analyst said that 38 aircraft belonging to 10 Chinese airlines have had all or most of their seats removed, making up 25% of the ‘Cabin Cargo’ fleet.

He added: “At the beginning of the pandemic, Chinese airlines distributed essential cargo across the country on board passenger aircraft. Boxes of PPE were loaded into the hold, but were also placed into the passenger seats too. But as the pandemic intensified and global demand for PPE rapidly increased, it became apparent that airlines needed a more radical solution.”

Meanwhile, Cirium’s flight-tracking data shows that between late-March and late-May Lufthansa’s A330s operated an average of 50 flights each, after which time they concluded flying these services, and have since had their seats reinstalled allowing them to return to passenger service.

The first of these aircraft commenced cargo services from Dubai in mid-June.

Looking ahead, Chris Seymour, head of market analysis at Ascend by Cirium, said: “Early in the pandemic, there was an urgent need to move cargo quickly. Now that things have settled down, airlines are looking at how to move cargo cost-effectively.

“Loading cargo into cabins requires a lot of manpower, compared with loading it into aircraft bellies in containers and on pallets. The issue for airlines is whether they spend money on reconfiguring cabins, or to simply operate aircraft with cargo loaded in the belly and on the seats if required.”