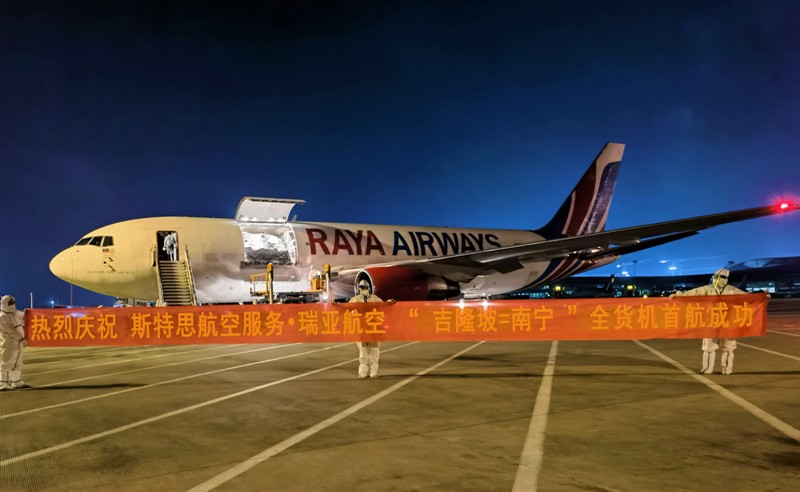 Raya Airways has operated its first flight to Nanning, China, becoming the first Malaysian freight carrier to do so, it said.

Raya Airways will serve Nanning four times per week with its Boeing 767-200 freighter aircraft, offering an average weekly load of 30 tonnes and a maximum capacity of up to 40 tonnes. It is expected to carry cross-border e-commerce and consumer goods, including perishables.

The airline’s group managing director, Mohamad Najib Ishak, said: “With Nanning being the gateway to Asean and increasing cross-border e-commerce goods being transported from China into the Southeast Asian markets, this route expansion is timely and will support the increasing demand of cargo services from consumers and merchants.”

Nanning is in the Guangxi Zhuang Autonomous Region, south west China, close to the border with Vietnam.

Ishak added: “We look forward to introducing more new routes in the months ahead as we increase our interconnecting network of destinations to support businesses during this pandemic.”

He said that Raya Airways aims to expand its network to more destinations within Asia-Pacific, including China and other countries later this year.